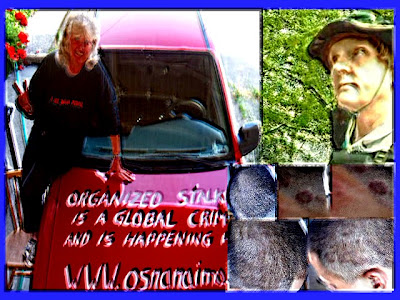 Targeted Individuals normally experience several stages of harassment. The criminal Harassments – Section 264 of the Criminal Code of Canada focuses on the initial stages. The law tackles the safety of the victims as well as the prohibited stalking conducts. Although the section didn’t mentioned about voice to skull harassments, the section mentioned about “relentless communications” by the harassers either directly or indirectly. Indirect that can be use in the microwave/voice to skull harassments that TI normally experienced in the later stages of their harassments (Canadian Legislations).
Canada does have to deal with some issues of human rights abuses that have attracted condemnation from international bodies, such as the United Nations. For example, some provinces still allow the use of religiously segregated schools. The treatment of Canada’s First Nations people or Aboriginal Canadians and the disabled also continues to attract criticism (Human Rights Legislations in Canada).
Dr. Ewen Cameron, employed by McGill University’s Allan Memorial Institute in Montreal, Quebec, Canada, between 1943 and 1964, conducted brainwashing experiments upon select, non-volunteer psychiatric patients on behalf of the CIA. Dr. Weinstein’s father was one of Cameron’s victims. Sergeant’s theorems and Cameron’s associated experimental findings appear to be the driving force behind the harassment and experimentation now being reported to this Association. All of these individuals are being subjected to a series of overlapping circumstances which apparently are meant to induce and sustain long-term extremes of stress. All of these individuals have been effectively isolated. Unethical psychiatrists and physicians are involved in the majority of these cases. Mind-altering prescription drugs are being used for clearly non-therapeutic purposes. Evidence of LSD use is also beginning to surface (one of Cameron’s favored mind-altering substances). And “psychic driving” techniques – Cameron’s pet brainwashing method – are involved in all these cases, to a much greater and more potentially effective degree where auditory input is involved. The long-term objectives of these harassment and experimentation campaigns appear to be quite fundamental: 1). Induce a sense of perverted “loyalty” toward the very agencies engaged in the individual’s harassment, to confuse his or her priorities where the possibility of obtaining legal redress might be concerned; 2). Redirect the targeted individual’s feelings of hopelessness, anger and frustration toward racial and ethnic groups, and toward select, prominent political figures, to include the President of the United States; 3). Force the individual to commit an act of violence, whether suicide or murder, under conditions which he can be plausibly denied by the government. An operation’s ultimate success apparently hangs on this latter objective. We have successfully obstructed this process in a number of cases now being investigated (Microwave Harassment and Mind-Control Experimentation).
The FBI has admitted that during the COINTELLPRO era it ran some 295 distinct COINTELPRO operations against individuals and organizations which were broadly or narrowly considered parts of the black liberation movement. It is important to understand that during the so-called COINTELPRO era–and as we shall learn in subsequent segments of this series, that era never really ended, one strategy used then and now is that of plausible deniability. That is, in case assassinations or other illegal or disrespectable and unpopular activities committed by high-ranking officials become public, those officials may deny connection to or awareness of those acts or the agents used to carry out such acts. As noted by Mike Ruppert in “By The Light Of A Burning Bridge” FTW over the years has frequently been victimized by attacks that appeared to have the fingerprints of COINTELPRO all over them, down to the use of convicted felons to commit those acts, in which case, the FBI or whatever agency(ies) are involved can plausibly deny connection with such individuals. Although we hear virtually nothing about COINTELPRO in mainstream media these days, Congresswoman Cynthia McKinney has introduced legislation to re-open the investigations of the Church Committee into COINTELPRO. As Congresswoman McKinney states: “We still to this day do not know the full scope of the abusive surveillance, targeting, discrediting and disruptive tactics and plans of the past.” (Covert operations under COINTELPRO).
MHCHAOS in Canada According to the files, MH Chaos was a parallel undertaking to the CIA’s “Operation Chaos,” a domestic program that kept tabs on left-wing activity on U.S. college campuses. The agency developed a network of informants on Canadian campuses in the late 1960s and had reports sent down from Ottawa to the CIA’s headquarters at Langley, Va. Among the Canadians listed for monitoring in one of those reports was Mordecai Briemberg, a former political science professor at B.C.’s Simon Fraser University. Briemberg told the CBC he was not surprised to see his name surface on a CIA document three decades later, but blasted the monitoring operation as “utterly shameful.” (CIA spied on left-wing Canadians in '60s, '70s: documents).
Today regrouping close to 200 volunteers, Street Watch qualifies its tactics as “non-violent harassment”. The vigilantes insure nocturnal surveillance, inspect the identity of those entering the neighbourhood, note the registration numbers of automobiles and install cameras and alarm systems. Certain social workers, including some who have helped women who have left prostitution, have also become the targets of these Protectors of Puritan Order, and have been insulted, spat upon and had their cars riddled with stones. Macho-Rambo culture has obtained the upper hand and many women feel imprisoned in their own homes. Even Reverend Pam Nicholson, who was vicar of Balsall Heath, got a taste of “non-violent harassment”: One night, while walking her dog, the vigilantes wanted to know why she was wearing a pastor’s shirt which had… short sleeves! “Today, I work in a district which has a much worse reputation, but I feel safer there than with the vigilantes of Balsall Heath,” she said (Neighbourhood Policing: Caressing The Community With an Iron Fist).
EleanorWhite
alberniscorrupt
HRC
helenkurdin
exposed37643
integro777
RELATED SITES:
at 12:00 AM