Philadelphiaencyclopedia: Rustin was the unrecognized genius behind the 1963 March on Washington for Jobs and Freedom, wherein he used his abilities to bring disparate groups together in support of the Civil Rights movement. However, in the years following the March on Washington, Rustin began to pull away from the leftist parts of the movement which he viewed as both too militant (the Black Panthers) and too off-track (Affirmative Action). During this time Rustin became a strong supporter of Israeli statehood, while still acknowledging that Israel was guilty of injustices against Palestinians. Throughout the 1970’s and 1980’s, Rustin became a delegate for the organization Freedom House, monitoring Human Rights and elections in places such as Poland, Zimbabwe, Chile, El Salvador and Haiti, among many others. It was on a trip to Haiti, in fact, that he contracted intestinal parasites that weakened him before his return to New York City, where he died of a heart attack on August 21, 1987. To be gay in the decades when Rustin lived openly and unashamed of his sexual orientation meant living with almost constant awareness of vulnerability. Most gays and lesbians stayed in the closet. His courage and legacy continue to provide a role models as Civil Rights and Gay Rights activist can be felt daily throughout the West Chester and Philadelphia communities today. Rustin’s activism and example informs the classes taught on gays and lesbians throughout the area (West Chester University first taught a class on the LGBT community in 1998) (The Activism and Legacy of Bayard Rustin). 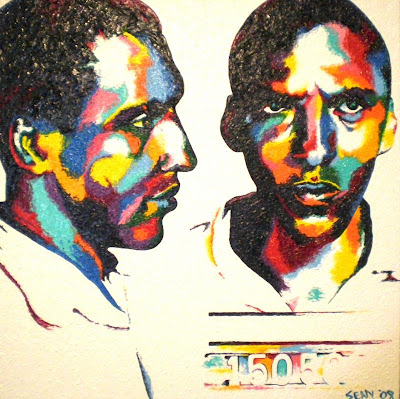 Islandnet: Today, the United States is still struggling with many of the issues Bayard Rustin sought to change during his long, illustrious career. His focus on civil and economic rights and his belief in peace, human rights, and the dignity of all people remain as relevant today as they were in the 1950s and 60s. Rustin’s biography is particularly important for lesbians and gays, highlighting the major contributions of a gay man to ending official segregation in the US. Rustin stands at the confluence of the great struggles for civil, legal and human rights by African-Americans, lesbians, and gays. In February 1956, when Bayard Rustin arrived in Montgomery to assist with the nascent bus boycott, Martin Luther King, Jr. had not personally embraced nonviolence. In fact, there were guns inside King’s house and armed guards posted at his doors. Rustin persuaded boycott leaders to adopt complete nonviolence, teaching them Gandhian nonviolent direct protest. Apart from his career as an activist, Rustin was also fun-loving, mischievous, artistic, gifted with a fine singing voice, and known as an art collector who sometimes found museum-quality pieces in New York City trash. Historian John D’Emilio calls Rustin the “lost prophet” of the civil rights movement. "To be afraid is to behave as if the truth were not true." — Bayard Rustin (Brother Outsider: The Life of Bayard Rustin).

Bayard Rustin (March 17, 1912 – August 24, 1987) was an American civil rights activist, important largely behind the scenes in the civil rights movement of the 1960s and earlier. He is credited as the chief organizer of the 1963 March on Washington for Jobs and Freedom. He counseled Martin Luther King, Jr. on the techniques of nonviolent resistance. He became an advocate on behalf of gay and lesbian causes in the latter part of his career. Homosexuality was criminalized at the time, which made him a target of suspicion and compromised some of his effectiveness. Rustin died on August 24, 1987, of a perforated appendix. An obituary in the New York Times reported, "Looking back at his career, Mr. Rustin, a Quaker, once wrote: 'The principal factors which influenced my life are 1) nonviolent tactics; 2) constitutional means; 3) democratic procedures; 4) respect for human personality; 5) a belief that all people are one.'" (Wikipedia)