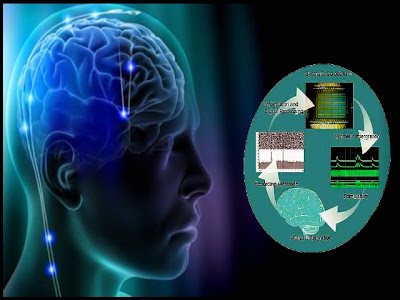 highly toxic, and an oral dose of one-half to one microgram [one one-millionth of a gram] of it is always fatal in laboratory animals, with a typical clinical picture of severe liver and kidney injury...The seriousness of the consequences that might develop from testing with this type of compound require that we approach the matter in a highly conservative manner (20). Rowe authorized Kligman to begin with a dose of .2 micrograms (applied topically) and to gradually increase doses to 16 micrograms. (21) Rowe believed these amounts to approximately mirror those to which Dow workers had been exposed on a regular basis. In May of 1966, months after having received the TCDD from Rowe, Kligman reported "astonishingly negative results" to Dow. He had applied up to 16 micrograms of the chemical to six groups of ten men, all of whom underwent liver and kidney tests. "No subject developed symptoms that could be related to the treatment," he reported. (22) In a personal letter to Rowe he wrote, "I am grieved that so little has been learned" (23).

Some Aspects of Anti-Personnel Electromagnetic Weapons by David G. Guyatt 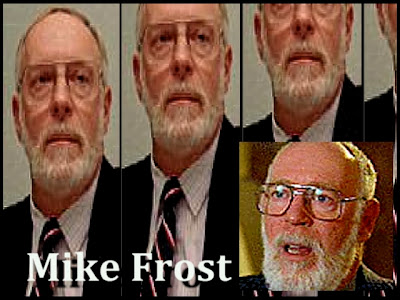 international spying system "...Retired intelligence officer Mike Frost worked at Canada's CSE, their equivalent of the NSA. He has recently worked to expose some of the abuses of the international spying system generically known as ECHELON, appearing on 60 Minutes and other shows. In this CBN News story, "Surveillance Society: A Spy's Story," he describes the system as well as some of the harassment he has received since working to expose it. "The pressure is being applied very subtly," he says. "Letters that arrive in an opened condition, strange things happening to my answering machine when I'm not even in the house -- it becomes unplugged or turned off, or turned on and plugged in, strange footprints on my carpet, very subtle things. Not that I can go to anyone and say somebody broke into my home, because there is no sign of forced entry in any way. Constantly, my friends will say, what's the matter with your phone; there's an echo. So these things are being done just to keep me on my toes a little bit, and I'm aware of that..." (U.S. Domestic Spying)
signals intelligence "...Intelligence experts believe that high above the heads of the onlookers, the Americans were making themselves right at home, installing a battery of satellite dishes and antennae within the embassy's roof to pry into Canadians' phone calls, e-mail, satellite communications, and even state secrets. If these surveillance mavens are right, such spy equipment would be a massive violation of Canadians' privacy and would violate an agreement between the U.S. and Canada not to spy on each other's government communications...Mike Frost, a 25-year retired veteran of the CSE, sees many reasons to be suspicious of the new U.S. facility. "I watched them with great interest as they put it up", says Frost, who lives in Ottawa. "They were doing all the things they taught me to do." Frost literally wrote the book on the collection of signals intelligence, or SIGINT in spy lingo, at Canadian and U.S. embassies. He told his story to journalist Michel Gratton in the sensational 1994 book Spyworld, exposing for the first time how the CSE spies on Canadian citizens and foreign countries. Frost also described how the U.S. National Security Agency, America's equivalent of the CSE, trained him to help Canada set up its first embassy SIGINT program. This training is what got Frost and some of his CSE colleagues wondering about the strange structures atop the old U.S. embassy then on Wellington Street in Ottawa. His book featured photos of odd-looking air vents and heat pumps on the roof that resembled standard NSA structures used to conceal spying equipment. Frost has no doubt that the new U.S. embassy has similar equipment, but updated and more powerful than ever: "I'd lay my balls on the line it's there." By most accounts, the new four-storey embassy at 490 Sussex Drive is a bizarre-looking structure. The $55-million fortress is said to be capable of withstanding anything short of a nuclear strike and has been called Stalinesque and "the Kremlin's ugly cousin"...What kind of traffic could all these gadgets pick up? Basically, anything. SIGINT captures airborne transmissions, but these days that includes more than cellphone calls and satellite communications. That's because when land lines become congested, phone calls, faxes, and e-mail are often automatically rerouted to microwave towers or satellites, thus making them susceptible to interception, says Frost. "Ottawa is festering with activity", says Frost. "America spies on everybody, even its own people. Of course, they would want to spy on us..." (Hidden Ears)
surveillance equipment "...Frost, who now travels the country speaking to luncheon groups about Canadian intelligence issues, insists it was a sense of ethics that moved him to disclose the questionable CSE capers that he knew of. "If the taxpayers are paying three quarters of a million dollars a day for it, Canadians have a right to know," he says. The CSE's official budget, buried within the defence department's financial figures, is $116.8 million this year. But the military provides an additional 1,100 people and much equipment, bringing CSE's employee count to within about 100 of CSIS's 2,077 and its total expenditure - estimated at nearly $250 million - to 1 ½ times the current CSIS outlay. The CSE's formidable resources include a Cray supercomputer, which at the time of purchase in 1985 was the most powerful data-cruncher in the country. After upgrades and maintenance, CSE had, by 1994, spent more than $34 million on that machine alone. Despite the end of the Cold War and government belt-tightening, a $35-million, windowless extension to the main CSE building was completed in 1992, creating what is known in spy circles as a "Tempest-proof" structure, impenetrable to outside surveillance equipment. Connected by an underground tunnel is yet another smaller building where experts on codes and ciphers work on securing all Canadian government communications against interception. That division, known as INFOSEC, accounts for about 20 per cent of the CSE's total operations, officials have said in the past..." (Canada's Spy Agency from the Inside)
In 1994, long-serving Communications Security Establishment Canada employee Mike Frost wrote a tell-all book, Spyworld. He alleged he knew of several illegal spying operations - including tapping the telephone of Margaret Trudeau, the wife of the prime minister at the time, to see if she had been smoking marijuana. Mr. Frost, who said he was treated poorly by an uncaring employer, complained of being spied on after going public (Fair Whistleblower).
RELATED READING:
Revisiting Echelon: The NSA’s Clandestine Data Mining Program
Canada's NSA Equivalent
Mike Frost: New Zealand Speaking Tour: 14-30 October 2001
SPYWORLD: Inside The Canadian And American Intelligence Establishments
60 Minutes ECHELON transcript
The Communications Security Establishment: Canada's Signals Intelligence Agency
Mike Frost was a participant or observer in the following events
Book Reviews: Frost, Mike with Michel Gratton. Spyworld
Echelon: America's Secret Global Surveillance Network
at 12:00 AM