Excuses and Manipulations in Mind Control 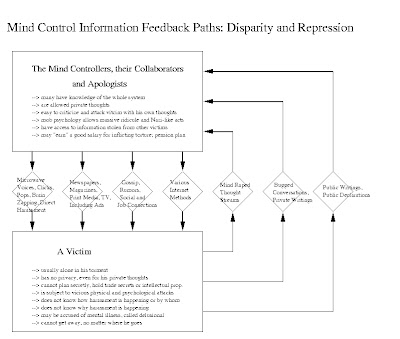 Fruits of our $26 billion dollar a year national security conspiracy -- a reversion to slavery.
Notes: Only one of the information feedback streams coming out of the victim is legitimate in a general sense. Raping someone's thoughts and using that to torture him is a crime against humanity.
Not all of the feedback paths from the controllers to a given victim will necessarily be used, but all have been in the past (Mockingbird press operations, etc.) and all are still being used in general.
The mind controllers like to pretend that information from the most violative paths has actually been obtained via a less violative path. I refer to this as information laundering.
Those who think that all victims have some common characteristic that could not possibly apply to themselves are either fools, wishful thinkers, or apologists able to believe their own lies. People are chosen for whatever whim the controllers might have, and pretexts are invented as needed.
Some of the mind controllers might play at being on the side of the victim, but only in how he responds to the torture inflicted on him. That is, they might root for the victim but they do not openly question the legitimacy of the Nazi-style, covert mind violation.
Time scales are not indicated, but may range from a fraction of a second up to many years. The controllers may suddenly bring up information saved from years ago, often out of context or misrepresented. Childhood memories -- and memories of childhood victims -- can be brought up to induce regression and trauma. Aversive responses to ``thoughtcrimes'' may come within a fraction of a second, e.g. by microwave clicks or heart contractions. These rapid responses violate the victim's very identity and mind while leaving the body relatively intact.
The worst mass-murderers in prisons should not be subjected to this cruel and unusual punishment. Distinctions based on ``information'' raped and distributed by the often-lying and always violative mind controllers are abhorrent. It is especially sad when victims themselves fall into giving aid and comfort to their torturers by buying into their fundamental Nazi premises.
Any mention of the U.S. Constitution, other than as a stage prop, is dismissed as being corny. Welcome to the world of "adults'' in the United States in 1998.
Source: Feedback Disparity in Repressive Control Systems
at 12:00 AM 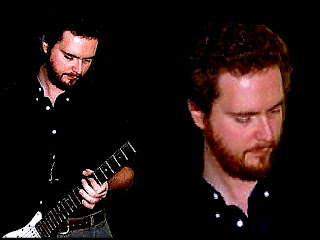