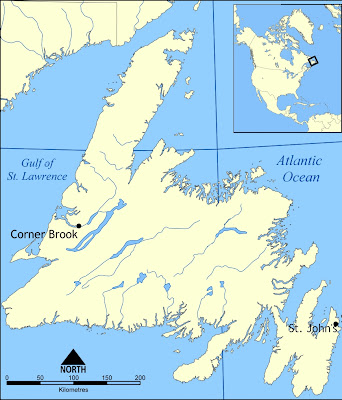 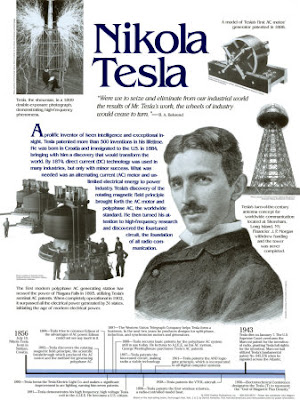 NEIGHBOURHOOD POLICING: CARESSING THE COMMUNITY WITH AN IRON FIST 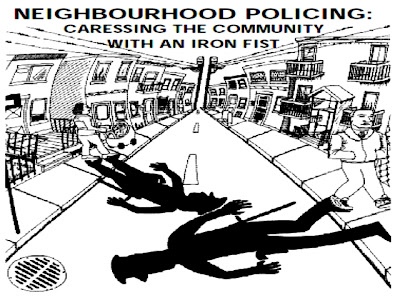 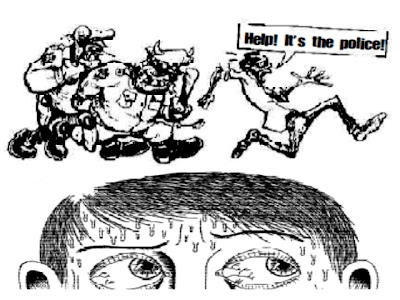 BRIEF HISTORY OF THE NEIGHBOURHOOD POLICE
October 3, 1995: The neighbourhood policing project, as conceived by the MUC (Montreal Urban Community) Police, is made public at the Public Security Commission.
October 24 and 25, 1995: Only 18 organizations (and one solitary citizen) express opinions about the project during consultations organized by the Public Security Commission. The principal opposition comes from the Police Brotherhood.
November 29, 1995: The MUC Council adopts The Neighbourhood Police project
February 23, 1996: A majority of MUC Councillors vote to loan 18.5 million dollars in order to set up the neighbourhood police. $1,600,000 is earmarked for salaries to be paid to the nine members of the Committee in order to establish and develop neighbourhood police, and $15,000,000 is to be spent on the purchase of computer equipment (including the replacement of mobile terminals with 462 portable personal/micro-computers at a cost of $6.9 million).
August 14, 1996: Agreement in principal with the police brotherhood to renew its collective agreement. The union withdraws its opposition to neighbourhood policing as 4000 officers receive a pay increase of 5.3%.
January 1997: Launching, accompanied by great fanfare, of the Neighbourhood Police (phase 1): MUCTC subway cars are (for several months) inundated with posters; an 8-page English and French circular is distributed to 900,000 homes, etc. Twenty-three new stations are promised by the MUC police, of which a dozen open their doors.
August 19, 1997: The MUC Police Department announces the creation of a program offering people the opportunity to take courses in police work. The Institute for Police Partnership with Citizens (Institut de Partenariat de la Police Avec les Citoyens–IPC) is to welcome 40 citizens to its first session of 11 classes beginning on October 1.
October 7, 1997: Police Chief Duscheneau threatens to withdraw participation of the MUCTC in the Carcajou Squad if the Quebec government does not honour its promise of providing $25 million necessary for the hiring of 259 police officers so as to complete Phase 2 of the Neighbourhood Policing Project.

December 3, 1997: The Police Force emerges victorious in its budgetary impasse with the MUC, receiving a $9,000,000 increase. This will permit the force, among other expenditures, to hire needed personnel, whereas, for the second consecutive year public transportation will be hit with a financing cut directly linked with the implementation of neighbourhood policing.
February 11, 1998: The second and final phase of the implementation of the Neighbourhood Police begins, even though only 16 of 26 new stations have set up in their new locales. A new promotional circular makes its appearance, and the previous-years’ posters reappear in the buses and subways of the MUCTC (Montreal Urban Community Transportation Corporation).
Source: CitoyenNEs OpposéEs à la Brutalité Policière (Citizens Opposed to Police Brutality) c/o The Alternative Bookshop 2035 Boulevard St-Laurent 2nd floor Montréal, Québec Canada H2X 2T3 P(514) 859-9065 cobp@hotmail.com or cobp@tao.ca
FEATURED VIDEO: InfraGard is an information sharing and analysis effort serving the interests and combining the knowledge base of a wide range of members. At its most basic level, InfraGard is a partnership between the Federal Bureau of Investigation and the private sector. InfraGard is an association of businesses, academic institutions, state and local law enforcement agencies, and other participants dedicated to sharing information and intelligence to prevent hostile acts against the United States. InfraGard Chapters are geographically linked with FBI Field Office territories. Learn more about InfraGard.
RELATED READING:
About InfraGard
Constitution Free Zone (Video)
U.S. Northern Command
NORTHCOM, Canada Command release fraction of new Canada-U.S. military pact
America's Total Surveillance Society
Quick Facts: The worldwide network of US military bases
Will Canada be trapped inside Fortress North America?
at 12:00 AM 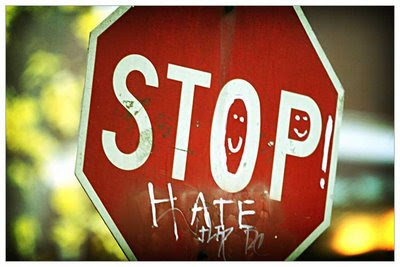