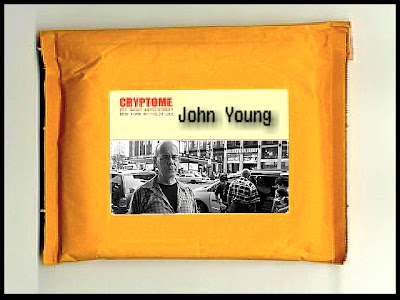 whistle-blowing "...The most common way is through copyright law. When Cryptome was shut down by Microsoft last year, it was on a proprietary claim that "copyrighted" material had been published. It turned out that what had been published was a series of documents drafted by major corporations, Microsoft included, in response to new government directives for situations in which corporations are obliged to share user-data with law enforcement. All these companies were asked to produce a manual instructing officials on how to decode and interpret the confidential data residing in their databases. Most of them were made public by the corporations themselves so that the public would be aware that their data could potentially be turned over to the FBI, no questions asked. Microsoft's manual, however, had not been made public. It was provided to us and we put it up on Cryptome. As a consequence, Microsoft had the site taken down. Three days later we were back up again...There are a number of information activists who are concerned about whistle-blowing organisations going too far, triggering a crackdown on journalism. They say we have to be careful we don't really offend people or it will lead to a crackdown. But if you go ahead and go too far, as WikiLeaks discovered, it is all right; it turns out just fine and you can capitalise on the attention the controversy attracts. It's a strategy: go too far, get noticed, monetise having gone too far, stop going too far, and repeat the process over and over. It's a fairly well-known technique, and one Wikileaks is very familiar with. The markup is phenomenal. That's why I consider all these copycats of Wikileaks pretty obnoxious. They should go beyond riding the coat-tails of the brand name and do something that is truly, extraordinarily different. The reality is that there's big business in branding dissent and whistle-blowing. There is money to be made with these outsider stances, and they will fight fiercely for it. Once you become aware of how insidious it is, it is hard to stay clear of it. Advertising is one of the great undermining forces out there—at least in the world of managing information. We have been taunted about that: how would you like to make money, to fill up your site with advertising? The reality is that it's not that expensive to publish information. It is very cheap, actually, until you need offices, lawyers, public relations managers, your own advertising office and so on..." (The architecture of John Young and Deborah Natsios is made of information. Their portfolio: Cryptome.org, which hosts thousands of suppressed and classified documents)
security over the Internet "...Yes. But it was over this: someone said that the initial goal was $5 million. That caught my attention. One, because I think the type of stuff I was going to publish, you should never do it for money. Only because that contaminates the credibility and it turns it into a business opportunity where there's great treachery and lying going on. And it will contaminate Wikileaks. It always does. In fact, that's the principal means by which noble endeavors are contaminated, the money trail. That's pretty obvious. I happen to think that amateur stuff is better than paid stuff...No. That's just a pitch. You cannot provide any security over the Internet, much less any other form of communication. We actually post periodically warnings not to trust our site. Don't believe us. We offer no protection. You're strictly on your own. We also say don't trust anyone who offers you protection, whether it's the U.S. government or anybody else. That's a story they put out. It's repeated to people who are a little nervous. They think they can always find someone to protect them. No, you can't. You've got to protect yourself. You know where I learned that? From the cypherpunks. So Wikileaks cannot protect people. It's so leaky. It's unbelievable how leaky it is as far as security goes. But they do have a lot of smoke blowing on their site. Page after page after page about how they're going to protect you. And I say, oh-oh. That's over-promising. The very over-promising is an indication that it doesn't work. And we know that from watching the field of intelligence and how governments operate. When they over-promise, you know they're hiding something. People who are really trustworthy do not go around broadcasting how trustworthy I am..." (Wikileaks' estranged co-founder becomes a critic (Q&A))
no longer “top secret”, ‘Secret’ is no longer “secret” “...The so-called privacy policies that all ISPs put up (and websites) are completely phony and deceptive. There’s no such thing as privacy on the internet, of any kind. Because it starts with your signing up for the service. And so the data collection begins the instant you sign on to the internet, and if you’ve been on it for at least a year, there’s nothing about you that’s not known. [...] All this data is accessible to these authoritative institutions. They share it amongst themselves. That is what the internet is used for, it’s a vast spying machine...Top Secret’ is no longer “top secret”, ‘Secret’ is no longer “secret”, these are now throw-away terms. There’s something called ‘National Security Information’ that does not get out, and you will not see it on the internet. [...] Governments are the biggest leakers in the world, the US government leaks far more information than Wikileaks will ever be able to handle. Leakage is now a policy, and it is meant to divert attention from the other stuff — of “the dark side” I call it — which you will not ever see on my site or on Wikileaks. [...] There are some things that are so classified that you don’t even know how they’re classified, you don’t know the terms that are used to classify them...” (Cryptome’s John Young: Internet is a “Vast Spying Machine” [VIDEO]) 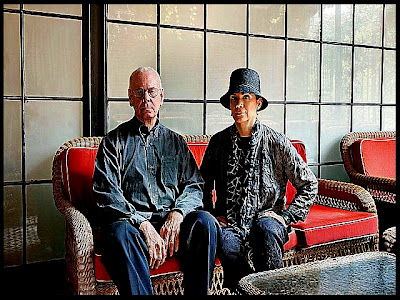 Cryptome is a website hosted in the United States since 1996 by independent scholars and architects John Young and Deborah Natsios that functions as a repository for information about freedom of speech, cryptography, spying, and surveillance. According to the site: Cryptome welcomes documents for publication that are prohibited by governments worldwide, in particular material on freedom of expression, privacy, cryptology, dual-use technologies, national security, intelligence, and secret governance—open, secret and classified documents—but not limited to those. Cryptome hosted documents, consisting of over 54,000 files, include suppressed photographs of U.S. soldiers killed in Iraq, lists of people believed to be MI6 agents, detailed maps of government facilities (based on publicly available mapping and aerial photography), and 4,000 photos of the Iraq War killed and maimed. Several other websites are closely linked to Cryptome. Cartome, administered by Deborah Natsios, is an archive of spatial and geographic documents related to the same topics covered by Cryptome. Eyeball Series provides photographic documentation of sensitive sites which are customarily concealed from public view. Another website, Cryptome CN, specialises in the publication of documents and information banned in the People's Republic of China (Wikepedia).
RELATED READING:
Official Web-site: Cryptome
Web.Archive: Cryptome
Interrogating the Juridical City State of Exception
John Young and Deborah Natsios - Bibliography
What price national security?
Microsoft Online Services - Global Criminal Compliance handbook
The Boiling Frogs Interviews John Young of Cryptome.org (Audio)
Secret-Spilling Sources at Risk Following Cryptome Breach
Cryptome Archive DVDs
at 12:00 AM