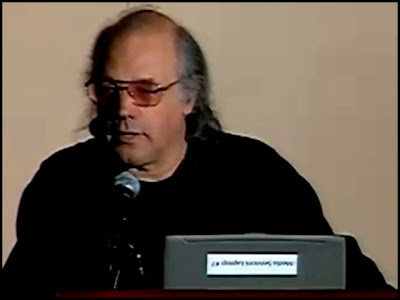 movie years - "...One afternoon, while out in the field on a sales call, I called back to the office and talked to my sales manager, Chuck Huber. He told me to come back to the office immediately because there was a special client waiting. When I arrived at the office, there was a rather distinguished-looking man waiting for me. He was dressed in a very fine suit with a gold vest. He kind of looked like a butler that would greet you at the door of a large mansion. This man's name was Norman Love and he was one of Howard Hughes's personal aides. The Hughes organization kept an office at 7000 Romaine Avenue in Hollywood. In the 1930's Howard Hughes owned RKO Pictures and made many movies with the top Hollywood stars of that time. The Romaine office was one of his last holdings from his movie years, which was then used as the operations center for the Hughes organization..." (Roger Tolces and Howard Hughes) 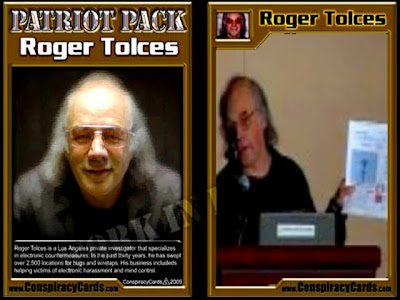 severe interference - Microwave ovens can be modified to focus and direct up to 1200 watts or more, depending on the model, of microwave energy at a person or property and are easy to produce. The results of an attack by a high energy device can be lethal, they can kill or at the least disable a human being or other animals. Attacks from high energy microwave weapons leave blisters, cause internal bruising and/or bleeding, stimulate cancer, cause cataracts, encourage tumors to grow, generate boils, or leave red patches on the skin. Directed Harmful High Energy Weapons will have effective ranges from the point of contact to several hundred yards. Directed Harmful High Energy Weapons can be used to destroy electronic devices and cause severe interference in computers and alarm systems which can allow forced entry or destruction of vital data. Radar guns are available from surplus stores most anywhere and can be obtained from ex-military sources or even police departments. Radar gun power outputs range from a two or three watts to 3 Megawatts! Portable radar guns range in size from small hand held devices to vehicle mounted long range high power models. These devices have very long ranges due to their greater power, higher frequencies and shorter wavelength. Radar guns emit long or short pulses of high energy capable of causing instant damage or death to living creatures (Directed Harmful High Energy Devices). 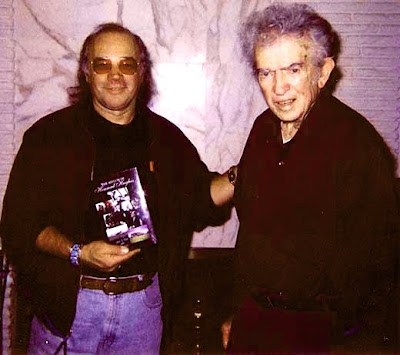 people hear voices - Roger says that it is truly a question of “who the real crooks and criminals are,” as he describes an astonishing array of electronic harassment devices that are in use. Many clients have told him that they feel as though they are being used as guinea pigs in covert experiments. One device is a microwave energy beam that can “make people hear voices in their head.” These voices can cause their intended victims to commit suicide. To counteract the nefarious effect of these beams, Roger recommends use of the product Eccosorb, which absorbs microwaves. Roger has detected bio-chips in his clients’ heads that could be used as tracking devices. “I instruct my clients to carry a video camera in order to take pictures of people in the program who may be observing their subject. This kind of documentation can also show that clients aren’t just imagining the harassment or going nuts.” (Roger Tolces Tell Us How To Defend Against Illegal Wiretaps) 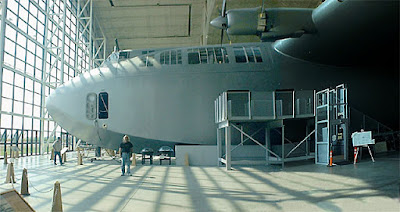 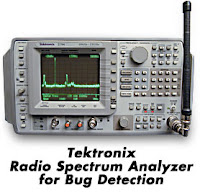