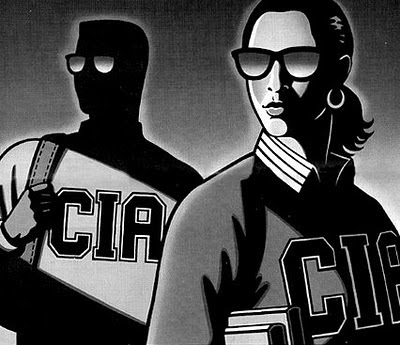 The earliest of the CIA's major programs involving the use of chemical and biological agents, Project BLUEBIRD, was approved by the Director in 1950. Its objectives were:

As a result of interrogations conducted overseas during the project, another goal was added-the evaluation of offensive uses of unconventional interrogation techniques, including hypnosis and drug's. In August 1951, the project was renamed ARTICHOKE. Project ARTICHOKE included in-house experiments on interrogation techniques, conducted "under medical and security controls which would ensure that no damage was done to individuals who volunteer for the experiments." Overseas interrogations utilizing a combination of sodium pentothal and hypnosis after physical and psychiatric examinations of the subjects were also part of ARTICHOKE. The Office of Scientific Intelligence (OSI), which studied scientific advances by hostile powers, initially led BLUEBIRD/ARTICHOKE efforts. In 1952, overall responsibility for ARTICHOKE was transferred from OSI to the Inspection and Security Office (I&SO), predecessor to the present Office of Security. The CIA's Technical Services and Medical Staff's were to be called upon as needed; OSI would retain liaison function with other government agencies. The change in leadership from an intelligence unit to an operating unit apparently reflected a change in emphasis; from the study of actions by hostile powers to the use, both for offensive and defensive purposes, of special interrogation techniques-primarily hypnosis and truth serums. Representatives from each Agency unit involved in ARTICHOKE met almost monthly to discuss their progress. These discussions included the planning of overseas interrogations s as well as further experimentation in the U.S. Information about project ARTICHOKE after the fall of 1953 is scarce. The CIA maintains that the project ended in 1956, but evidence suggests that Office of Security and Office of Medical Services use of special interrogation" techniques continued for several years thereafter (94TH CONGRESS, 2d Session SENATE REPORT No. 94-755)
forced addiction - "...During the course of experiments, thousands of Americans, often from the most powerless segments of our population, like mental patients and prisoners, were subject to disgustingly perverse and grossly unethical procedures performed by the best and brightest psychiatrists and medical doctors at the most prestigious institutions in all the land. BLUEBIRD researchers worked tirelessly to create Manchurian Candidates as well as controlled amnesia and hypnotic couriers. Next came Project ARTICHOKE, which intensified research into interrogation, hypnosis and forced opiate addiction. Armed forces intelligence personnel and the F.B.I. worked alongside the C.I.A. toward the following end, summed up in a declassified 1952 memo..." (‘On This Day’ 1953: U.S. Begins Project MK-ULTRA Mind Control Experiments)
radiation experiments - "...Bluebird blows the whistle on extensive political abuse of psychiatry in North America in the second half of the 20th century. Many thousands of prisoners and mental patients were subjected to unethical mind control experiments by leading psychiatrists and medical schools. Organized academic psychiatry has never acknowledged this history. The network of mind control doctors involved in BLUEBIRD has done a great deal of harm to the field of psychiatry and to psychiatric patients. My goal is to break the ugly silence...The participation of psychiatrists and medical schools in mind control research was not a matter of a few scattered doctors pursuing questionable lines of investigation. Rather, the mind control experimentation was systematic, organized, and involved many leading psychiatrists and medical schools. The mind control experiments were interwoven with radiation experiments, and research on chemical and biological weapons. They were funded by the CIA, Army, Navy, Air Force, and by other agencies including the Public Health Service and the Scottish Rite Foundation...The psychiatrists, psychologists, neurosurgeons, and other contractors conducting the work were imbedded in a broad network of doctors. Much of the research was published in medical journals. The climate was permissive, supportive, and approving of mind control experimentation..." (BLUEBIRD Deliberate Creation of Multiple Personality by Psychiatrists)
operated independently - "...Without doubt, as the extant record clearly reveals, the CIA’s Dormouse Operation, as expressed by Houston, was remarkably effective. Information released on the Agency’s MK/ULTRA program more than sated the media’s curiosity for mind control details, and even a few random Artichoke Program citations in a couple released documents failed to draw any concerted examination by anyone in the press. For example: documents revealing that Dr. Frank Olson had been part of the CIA’s ongoing “Artichoke Conference” were near completely overlooked. Within a few short months, Artichoke was widely believed by the media and public to be but a small, innocuous project that had been replaced by the MK/ULTRA behemoth. Still today, numerous publications state that Artichoke was absorbed and replaced by MK/ULTRA, when actually Artichoke operated independently for nearly 17 years beyond the dawn of MK/ULTRA..." (Project Artichoke, far worse than MKULTRA?). 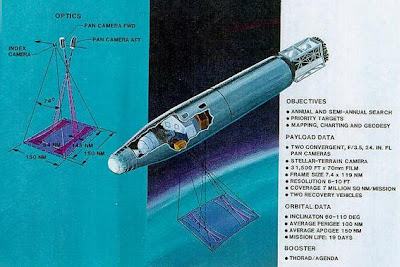 Project ARTICHOKE (also referred to as Operation ARTICHOKE) was a CIA project that researched interrogation methods and arose from Project BLUEBIRD on August 20, 1951, run by the Office of Scientific Intelligence. A memorandum by Richard Helms to CIA director Allen Welsh Dulles indicated Artichoke became Project MKULTRA on April 13, 1953. The project studied hypnosis, forced morphine addiction (and subsequent forced withdrawal), and the use of other chemicals, among other methods, to produce amnesia and other vulnerable states in subjects. ARTICHOKE was an offensive program of mind control that gathered together the intelligence divisions of the Army, Navy, Air Force, and FBI. In addition, the scope of the project was outlined in a memo dated January 1952 that stated, "Can we get control of an individual to the point where he will do our bidding against his will and even against fundamental laws of nature, such as self-preservation?" (Wikepedia).