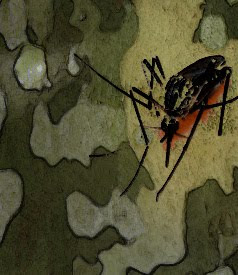 MKNAOMI was another major CIA program in this area. In 1967, the CIA summarized the purposes of MKNAOMI:

Under an agreement reached with the Army in 1952, the Special Operations Division (SOD) at Fort Detrick was to assist CIA in developing, testing, and maintaining biological agents and delivery systems. By this agreement, CIA acquired the knowledge, skill, and facilities of the Army to develop biological weapons suited for CIA use. SOD developed darts coated with biological agents and pills containing several different biological agents which could remain potent for weeks or months. SOD also developed a special gun for firing darts coated with a chemical which could allow CIA agents to incapacitate a guard dog, enter an installation secretly, and return the dog to consciousness when leaving. SOD scientists were unable to develop a similar incapacitant for humans. SOD also physically transferred to CIA personnel biological agents in "bulk" form, and delivery devices, including some containing biological agents. In addition to the CIA's interest in biological weapons for use against humans, it also asked SOD to study use of biological agents against crops and animals. In its 1967 memorandum, the CIA stated: Three methods and systems for carrying out a covert attack against crops and causing severe crop loss have been developed and evaluated under field conditions. This was accomplished in anticipation of a requirement which was later developed but was subsequently scrubbed just prior to putting into action. MKNAOMI was terminated in 1970. On November 25, 1969, President Nixon renounced the use of any form of biological weapons that kill or incapacitate and ordered the disposal of existing stocks of bacteriological weapons. On February 14, 1970, the President clarified the extent of his earlier order and indicated that toxins-chemicals that are not living organisms but are produced by living organisms-were considered biological weapons subject to his previous directive and were to be destroyed. Although instructed to relinquish control of material held for the CIA by SOD, a CIA scientist acquired approximately 11 grams of shellfish toxin from SOD personnel at Fort Detrick which were stored in a little-used CIA laboratory where it went undetected for five years (94TH CONGRESS, 2d Session SENATE REPORT No. 94-755).
suicide capsule - "...In the old Senate caucus room the ten members of the select Senate committee were questioning CIA officials, including Director William Colby and the deputy director for science and technology, Sayre Stevens, about 11 gm. of shellfish toxin and 8 mg. of cobra venom discovered last May in a CIA storeroom (TIME, Sept. 22). No one could claim that the existence of the poisons as such was all that momentous, but the committee wanted to know why the lethal substances had been preserved. Besides, they made fascinating listening. To dramatize the Senators' concern, Committee Member Walter Mondale at one point displayed a photograph of two containers of the toxin...By way of background, Colby revealed that the agency in 1952 began a supersecret research program, code-named M.K. Naomi, partly to find countermeasures to chemical and biological weapons that might be used by the Russian KGB. Former CIA Director Richard Helms reported that a KGB agent used poison darts and poison spray to assassinate two Ukrainian liberation leaders in West Germany. The CIA also wanted to find a substitute for the cyanide L-pill, the suicide capsule used in World War II. Cyanide takes up to 15 minutes to work and causes an agonizingly painful death by asphyxiation. Said Colby: "Agents didn't want to face that kind of fate." Working at the U.S. Army's laboratory at Fort Detrick, Md., researchers came up with the shellfish toxin. After receiving the toxin orally or by pinprick, a victim first feels a tingling sensation in the fingers and lips, then dies within ten seconds of painless paralysis. Indeed, according to Colby, U-2 Pilot Francis Gary Powers carried the toxin—contained in the grooves of a tiny drill bit that was concealed in a silver dollar —when he was shot down over Russia in 1960, but chose not to use it..." (INTELLIGENCE: Of Dart Guns and Poisons). 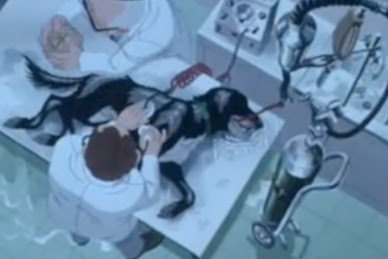 covert biological war - "Why is it that the U.S. state apparatus is standing in the way of any serious medical investigation into Mogellons disease? For the simple reason that it would inexorably lead to the covert biological war programmes of the 1950’s. Hank Albarelli lifts the veil on a period - which may not necessarily be over - when the military-industrial complex proclaimed to safeguard the "free world" while testing new experiments on the civilian population that it purported to protect; a period when members of the medical profession - including the CDC - developed diseases that they should have been preventing but which they used instead to contaminate the very people they were supposed to protect (Morgellons and the CIA’s MK/NAOMI Project (Part 2)).
aerosol attacks - "...Additionally, at about the same time, Fort Detrick researchers working under the CIA’s MK/NAOMI project targeted a number of inner-city minority neighborhoods in Chicago and New Orleans with several aerosol attacks using chemicals thought to be harmless. Perhaps coincidentally, months following the urban experiments, a large number of elderly African American fell seriously ill and died. One former SOD biochemist, interviewed in his Maryland home in 1999, told me, “We weren’t all that sure of the supposed harmless agent used. I don’t even recall what it was. I’d be lying if I said anyone really was all that concerned about the targeted areas to begin with.” (Writing About The Unspeakable (AIDS, the CIA and bio-warfare)) 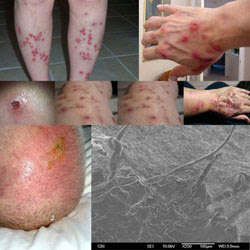 MKNAOMI was the code name for a joint Department of Defense/CIA research program lasting from the 1950s through the 1970s. Unclassified information about the MKNAOMI program and the related Special Operations Division is scarce. It is generally reported to be a successor to the MKDELTA project and to have focused on biological projects including biological warfare agents—specifically, to store materials that could either incapacitate or kill a test subject and to develop devices for the diffusion of such materials. During the first twenty years of its establishment, the CIA engaged in various projects designed to increase U.S. biological and chemical warfare capabilities. Project MKNAOMI was initiated to provide the CIA with a covert support base to meet its top-secret operational requirements. The purpose was to establish a robust arsenal within the CIA's Technical Services Division (TSD) and of which was to consist of various lethal and incapacitating materials. This would enable the TSD to serve as a highly maintained center for the circulation of biological and chemical materials. Surveillance, testing, upgrading, and the evaluation of special materials and items were also provided by MKNAOMI so as to ensure that no defects and unwanted contingencies emerged during operational conditions. For these purposes the U.S. Army's Special Operations Command (SOC) was assigned to assist the CIA in the development, testing, and maintenance procedures for the biological agents and delivery systems (1952). Both the CIA and SOC also modified guns that fired special darts coated with biological agents and various poisonous pills. The darts would serve to incapacitate guard dogs, infiltrate the area that the dogs were guarding, and then awaken the dogs upon exiting the facility. In addition, the SOC was also designated to research the potentials for using biological agents against other animals and crops. A 1967 CIA memo which was uncovered by the Church Committee was confirmed to give evidence of at least three covert techniques for attacking and poisoning crops that have been examined under field conditions. On November 25, 1969, President Richard Nixon abolished any military practice involving biological weapons and Project MKNAOMI was dissolved. On February 14, 1970, a presidential order was given to outlaw all stockpiles of bacteriological weapons and nonliving toxins. However, despite this presidential order, a CIA scientist was able to acquire an estimated 11 grams of deadly shellfish toxin from SOC personnel at Fort Detrick. The toxin was then stored in a CIA laboratory where it remained undetected for over five years (Wikepedia).