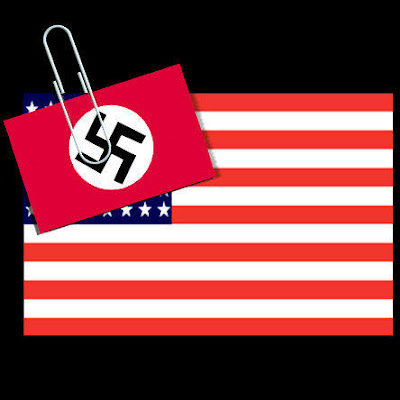 scientists and engineers - "On "Project Paperclip" it was not pieces of equipment or missiles which were brought over from Germany, it was people -- scientists, engineers, and families. In the cruel years immediately following the war there were many very able scientists and engineers who wished to leave Western Europe and make a new home in the United States. "Screening" offices were accordingly set up in Europe, and applications studied very carefully as to ability and previous political interests. Simultaneously military laboratories in this country were asked whether they wished any of these people, and their dossiers were made available for decision purposes..." (Operation Paperclip and Camp Evans)
world domination - "...Project Paperclip brought us MK-ULTRA. Paperclip ultimately brought in key players involved in the Assassination of Pope 1, October Surprise (sabotage of Carter's peace talks), and a great many other things still classified to this day. The results of Project Paperclip were devastating, and very far reaching. I guess that is what you would expect from collaborating with Nazis. This research shows that the OSS/CIA that was formed in the National Security Act, the same agency that employed hundreds of Nazis, has been in alliance with the Vatican through various Agency connections such as Licio Gelli. The CIA/Vatican alliance that Assassinated Pope John Paul 1, JFK, and hundreds of dictators of 3rd world countries is the Illuminati. The Bavarian Illuminati has been around for centuries in one way or another. It's presence in the 20th century is the direct result of the Nazis. The Nazi connections to the occult and the Bavarian Thule Society were parallel to the American members of 33rd degree Freemasonry. When the Operation Paperclip was successfully executed, the Nazi element of the Bavarian Thule society was fused with the American members of Freemasonry to create the Illuminati. Operation Paperclip, MK-ULTRA, October Surprise, and George Bush are all facets of the Illuminati, a group whose ideals are rooted in the occult, and dedicated to world domination..." (Operation Paperclip Casefile) 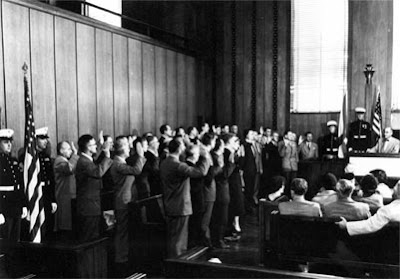 endanger world peace - "...The US military made one available to Northrop Aviation, the company which would produce the $2bn B-2 Stealth bomber - to all intents and purposes a modern clone of the Horten - a generation later. Cruise missiles are still based on the design of the V-1 missile and the scramjets powering Nasa's state-of-the-art X-43 hypersonic aircraft owe much to German jet pioneers. Added to this, the large number of still-secret Paperclip documents has led many people, including Nick Cook, Aerospace Consultant at Jane's Defence Weekly, to speculate that the US may have developed even more advanced Nazi technology, including anti-gravity devices, a potential source of vast amounts of free energy. Cook says that such technology "could be so destructive that it would endanger world peace and the US decided to keep it secret for a long time". But, while celebrating the undoubted success of Project Paperclip, many will prefer to remember the thousands who died to send mankind into space." (Project Paperclip: Dark side of the Moon) 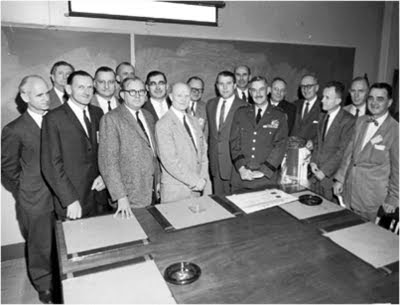 Operation Paperclip was the Office of Strategic Services (OSS) program used to recruit the scientists of Nazi Germany for employment by the United States in the aftermath of World War II (1939–45). It was conducted by the Joint Intelligence Objectives Agency (JIOA), and in the context of the burgeoning Soviet–American Cold War (1945–91), one purpose of Operation Paperclip was to deny German scientific knowledge and expertise to the USSR and the UK. Although the JIOA’s recruitment of German scientists began after the European Allied victory (May 1945), US President Harry Truman did not formally order the execution of Operation Paperclip until August 1945. Truman's order expressly excluded anyone found “to have been a member of the Nazi Party, and more than a nominal participant in its activities, or an active supporter of Nazi militarism.” Said restrictions would have rendered ineligible most of the scientists the JIOA had identified for recruitment, among them rocket scientists Wernher von Braun and Arthur Rudolph, and the physician Hubertus Strughold, each earlier classified as a “menace to the security of the Allied Forces”. To circumvent President Truman’s anti-Nazi order, and the Allied Potsdam and Yalta agreements, the JIOA worked independently to create false employment and political biographies for the scientists. The JIOA also expunged from the public record the scientists' Nazi Party memberships and régime affiliations. Once “bleached” of their Nazism, the US Government granted the scientists security clearance to work in the United States. Paperclip, the project’s operational name, derived from the paperclips used to attach the scientists’ new political personae to their “US Government Scientist” JIOA personnel files (Wikepedia). 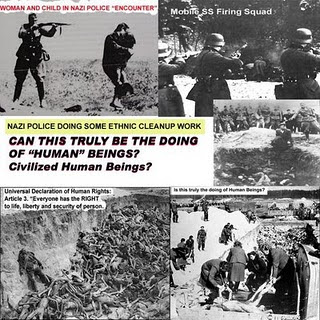