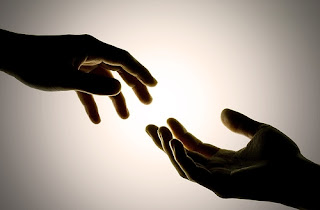 Do you regularly suffers from headaches that you think is migraine? When you go out, do you notice an increase in pedestrian that feels like mobbing you or sorrounding you which follows a commotion? Do you normally hear noise from cars being slammed or a barking dogs when getting out of the house? Have you been subjected to a regular stressful situation at work that happens several times? Have you been diagnosed with depression? Do you feel pain in different parts of your body particulary when exposed to electrical appliances like TV, microwave oven, radio, computers? And do you noticed hearing voices mostly coming out from faucet while water dripping or heating vents other than your own?
These are a common signs of a TI, short for targeted individual.The web-site, Organized Stalking Nanaimo, has a more detailed information about the signs of TI, it also provides statistics about the criminal harasment reported to the police, 10,756 incidents of criminal harassments where 13 percent involves multiple harassers.
If you review the TI symptoms and you realized that you have experienced most of it, you have to brace yourself for a long haul because this is just the start of a long journey of discovery. You maybe in an early stage of harassment or maybe in a later stage, where high tech devices are already being performed on you. You can do something about it and start taking control of your life. After you read this, you may want to continue with your research. Start with mind control and then continue with electronic harassment devices. The more you learn, the more you will realize how you can minimize the destruction your harasser will inpose on you.

The first thing you have to put down in your mind and will be your mantra is this: “You are not alone and you are not a bad person.” Organized stalking is a crime and it is against the basic principle of this country, Canada. Human rights violations is crime in Canada. Harassing an individual is a crime. Invading one’s property including destroying a person’s own property or other possessions is a crime. Defaming someone’s name, including destroying their source of income is a crime. Attacking someone with high tech device that will eventually deter some one’s well being including their health and spiritual well being are crimes.
After you realized all the downfall that happens in your life, you’ll realized that all the hardship and pain are all NOT your fault. You’re mind has been attacked and your judgement has been manipulated. You will then have the chance to face your harasser and make the necessary decision to minimize their evil motives. By the later stage of being a TI, your harasser, mostly known as the “perp” short for perpetrator (I call them “Crerp,” short for crazy perp, as they are really crazy bunch), will use V2K (voice to skull) visibly. As they will assume possession. You will realized that they have been using this machine most of the harassements stages as they whisper commands in low frequency that you think it was you talking. This is the reason why most of your decision in life has been skewed with your eventual downfall, job loss, health loss, relationship gone. Upon discovering this, your perp will most likely identified themselves and you will most of the time have the opportunities to converse with them. These converstations mostly are to modify their protocol or techniques of daily harassments. Their main motive is to get your emotional reactions, embarassment or guilt, on specific trigger. Trigger that they will induced in your mind, through words or visual, awake or even in your dreams.
With your research, you will learn how to combat this and you will have to adopt some of the techniques to your own personal situation. You will also realized that this is not just one group harassing one individual, you will find out that you are not alone. TIs around the world are probably doing the same thing as what you are doing now, researching about the same things your are experiencing. This is a global crime involving different segments in society which includes the medical community, so if you think of consulting your doctor about your health symptoms specially your lack of sleeps and very weak immune systems, I would suggest you think twice. Many TIs have been misdiagnosed and most even committed suicide due to prescibed depression drugs that increase the possibility of suicide while being mentally harassed.
Fear is the first thing you will have to learn to fight. As they will control all your decision whether your basic needs like when to eat or even your basic hygiene needs. The best way to combat this is when they command you to make some “poo” tell them “sure this is for you.” or if they command you to take a shower, just say, “sure, to get rid of the filth you spew in me.” You may also just ignore them as what I normally do and just look at it as reminder like a personal secretary. They are there to impose their supposed to be “power” over you as if they think they “own” you. Remember you are a human being and not a puppet, slave, a pet or a thing.
Fear is a negative way of thinking, the secret is always think positive. And always think of the positive twists. As they harass you mentally, laugh at them. You will learn later on how to filter their harassments as they will continue their scripts and you will be familiarized with their routines. As you learn more with OSEH, short for organized stalking and electronic harassment, you will find out how to minimize the destruction and pain the harasser has been imposing on your well being over the years. Getting mad is the first emotions they wanted to see. It will be wrong not to cry or show emotions as people who are close to you maybe involve but you will pass this stage and learn how fight on and move on with your life.
Learning to alleviate the pain from electronic harassment is the first stage of your discovery. Wearing thick coat and a hat while sleeping, to protect your head and body parts during the electronic attacks are one options. Some sites suggest techniques on how to cover your sleeping area with anti-radiation materials but this will cost you. Finding an area far from electronic grid lines, vents or appliances like fridge also helps. With this attacks, your health is at utmost importance, so you will have to find ways to make yourself healthy. With all this information, you will have to make one important realization, your life has been taken away from you. You will have to take it back. While this maybe an impossible tasks, this will be the most challenging test for you, as a human being.

Some important sites to start your research:
From the interview done by radio host Greg Szymanski, Julliane McKinney elaborated the TI phenomenon that are happening globally. 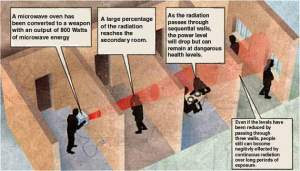 How does DEW direct energy weapon being used to TI? In order for DEW be used, harasser needs to see where is the targets, most use imagery device, miniature cameras, microphones, info-red imaging device. Softwares can be downloaded to PC or laptops to emitt DEW. Microwave powers are connected to electronic grid lines. Microwave energy is only one aspect of the entire electro-magnetic frequency spectrum and it can be lethal, has to be pulp while emmitting energy to avoid the target being cook.
Most TI are not a threat to national security, TIs are lucrative talents for experimentations. Neighbours are solicited, segments of society are being hired and harassments are being financed and biddings are being held for each contracts from different groups. 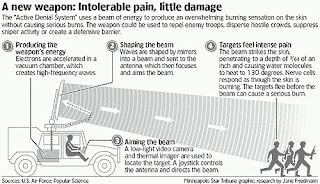 It is impossible for TI to find peace as harassments are 24/7 for all the TI’s lives. Surveillance are being done by entering someone’s property and investigation are being done to create a pattern. Preliminary stalking are done to soften TI followed by electronic harassments.
Common description for TI: for women: too independent, too intelligent, tend to live alone, predominantly career minded. For men: smaller proportion, high profensity to lie, low self-esteem, lack of religion.  TI must not look for a reason or the “WHY.” Because TI are targetted for the following reasons: To capture a percentage of populations to control to eventually install a dictatorship. Testing the latest weaponry. To control and choreograph the harassment techniques as TI are just disposable objects. 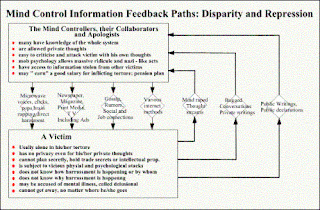 If upon medical check-up your doctor declared they can’t figure out what is wrong with you, they’re part of harassment and it would be good decision not to take any medication they may prescribed.
Why Harass an individual? Harassers see the activity as being part of the community as a sense of oneness. Harassment can be broadcast globally for entertainment purpose and for identification of TI.
Harassment activities are constantly modify to suit a protocol as TI reacts to specific trigger.
There are no laws prohibiting the use of this weaponries. Harassment are global in scope and virtually identical.  Harasser belongs to one religion and TI normally don’t belongs to any religion.

Moving to another cities are just a waste of time as Harassments are globally wired and protocols follows TI wherever they go.  There is an increase of OSEH since early 1990s as technologies developed and has not changed after 9/11.  For the complete interview, CLICK HERE.
RELATED READING:
at 12:00 AM