There are a number of interlocking systems, technologies and techniques which are currently being deployed against the citizens of the United States of America by certain segments of our national government. 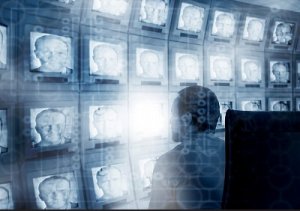 First, there are literally COUNTLESS mind-control projects and sub-projects in operation at this time which target SPECIFIC subjects/victims in a variety of ways; using one or more of a number of technologies such as drugs, (ritual) psycho-sexual abuse, a vast panoply of different EM/RF mind control technologies, repetitive conditioning, hypnotic trance induction, and so on and on and on.
Reliable reports from MANY different sources indicate that as many as TEN MILLION individuals many be active subjects/victims of these kinds of mind control activities, and huge quantities of hard documentation on a great many of these projects DOES exist.
However, in addition to these kinds of mind control operations, there are ALSO mind control and mind manipulation activities that target MASSES of people in large geographical regions at the same time. Indeed, there is VERY strong evidence that the operators of HAARP for example, have ever since HAARP's earliest days intended that it be used for, among many other things, GLOBAL mind control. There is in FACT much evidence to show that HAARP is NOW being used for just such utterly evil purposes by the United States federal government.
Of course, there are many other EM/RF technologies and systems which are, or may be, applied to mass-scale mind, mood, thought and consciousness control/manipulation operations: such as the nationwide "GWEN" (Ground Wave Emergency Network) system, certain ELF and ULF transmitter systems, and so on (such as your TV set, even IF it's turned OFF!)
Another way to manipulate and "regulate" the minds and consciousness of a mass of people at a VERY basic, fundamental level is to CONTROL the population's PRIMARY sources of INFORMATION. This is one of the MOST powerful ways shape the collective consciousness of the public, and it is CLEAR that many mass media outlets in the United States are both willingly and un-wittingly aiding and abetting the manipulation of our minds by the government, and are assisting the FedGov in carrying out many social-engineering agendas.
The mass media's treatment of school shooting incidents, for instance, plays DIRECTLY and TOTALLY into the schemes of those who deployed the mind-controlled killers to carry out these shootings, in a grand plan to shut down our Constitution's 2nd Amendment, among other things.


Moreover, very carefully designed CONDITIONING programs and tactics have been brought to bear against nearly EVERY segment of society; disseminated throughout the nation and the world by mass media and entertainment industries and corporations; and imbedded in ALL forms of so-called entertainment at this point, such as movies, TV shows, video and computer games ESPECIALLY, some pop music, and so on.
This condition of constant, relentless bombardment with grotesquely violent imagery, which the general population, ESPECIALLY its younger members, is inundated with by nearly ALL forms of popular contemporary entertainment and sources of "information", is indeed directly derived from those mind-conditioning programs and systems developed at Fort Detrick (and other similar locations). San Diego shooter Charles Williams' father worked at the Army's Fort Detrick facility for THIRTEEN YEARS.
Specifically, indoctrination/conditioning programs were developed at Fort Detrick in which subjects were repeatedly, continually and continuously immersed in virtual reality-type video/computer "games" of extreme and GRAPHIC brutality, for long stretches of time and over an extended time frame.
This kind of psychological assault proved very effective in rapidly obliterating subjects' ethical and moral values and cultural norms with regard to violence, brutality, killing and so on.

These systems were perfected, applied to the brainwashing and conditioning of members of the U.S. military and also turned over to the intelligence sectors for other applications. The intelligence sector, in turn, DELIBERATELY and successfully undertook to have this same kind of HIGHLY negative, destructive and effective conditioning applied to SOCIETY AS A WHOLE, via mass conditioning of our consciousness through the entertainment and information industries, as noted.
One OTHER method of mass mind control/manipulation/conditioning which is NOW being utilized MORE and MORE -- ESPECIALLY against the most vulnerable members of our society, our CHILDREN -- is the highly-reprehensible/questionable and increasingly common MANDATED DRUGGING of ever-growing numbers of children through hugely intrusive, invasive, ill-advised, psychologically unpredictable and often destructive programs mandated, usually for young males, by psychiatrists and social workers. More and more of our children are being dosed on a long-term basis with any of a number of psychotropic/psychiatric drugs like Prozac, Ritalin, Luvox, and so on.
These drugs not ONLY are PROVEN to induce SEVERE and often VERY VIOLENT psychotic reactions among a significant percentage of subjects, but ALSO clearly and provably create a stupefied, dumbed-down, zombified mental state in targeted subjects which is a PERFECT "ground state" for the carrying out of yet OTHER mind control/manipulation/conditioning activities on these very same subjects. In general, this kind of psych-drugging makes the job of further mind control programming MUCH easier. And this kind of drugging is being done to ever-increasing numbers of our children, down to toddlers as young as TWO and THREE YEARS OLD!! Now, there is ANOTHER way in which our present-day society is being literally and effectively mind-controlled en masse.
Most all of the individually-targeted mind control programs we noted above use one or more methods to induce a PSYCHOTIC BREAK or SPLIT PERSONALITY in the victim/subject. In fact, one or more of these deliberately-induced split personalities formed as a result of psycho-sexual abuse or other conditioning are those facets of the subject's psyche which ARE actually "programmed"; to kill, or whatever else. It's been shown that forcing victims/subjects to witness, experience or participate in just about any highly-traumatic and shocking events on a repeated basis will induce the kind of psychotic break(down) that is a necessary prerequisite for intensive mind control programming/conditioning.
SO: WHEN our society as a whole is FORCED to confront and WITNESS over and over and over again something as FUNDAMENTALLY shocking as having our young people perpetrating inconceivably horrific mass murders of peers and others on A REGULAR BASIS, as is NOW THE CASE in the present-day United States, then the population as a whole AND on an individual basis to some extent develops an analogous, similar psychological break, and in FACT to some extent develops split personality/multiple personality disorder conditions... READY FOR FURTHER MIND CONTROL PROGRAMMING.
THUS: such extraordinarily disturbing events which impact society AS A WHOLE, such as these school shootings by young people that have just occurred, ALSO serve the malignant, demonic agendas of the FedGov/NWO social controllers who set these terrible mass killings off; and the incidents themselves serve to further condition, manipulate and "mind control" the population of the United States in the year 2001. Source: Mass Mind Control in the Present-Day U.S.- The Big Picture By John Quinn