About Larry Whitsitt - Larry Whitsitt is an American from San Jose California and a Victim of electro-neuro psychotronics mind control abuse since January of 1978. “I did not like the discrimination of the psychotronics weapons on my financial status, and workability, of being successful, which was affected at varying levels of the past 24 years. What parents think, “is torture for me” and “torture for them,” over the years, but we are stuck with it!” He wrote down on the TI forum at Raven1.net web-site. He further explained that: “the neurological stress systems programs, the remote video of the silent thoughts, endless talkage, recording, and assessment, subconscious assault going too deep with subconscious murder, sex abuse in both extremities, loss of marital status, rights to have children, loss of constitutional rights, leaving us alone in the dark, with no way out. I hope technology advances into something more compatible with human kind, and not primitive, and barbaric, like now, not like advanced man.” He was reported to be recovering from Cancer in 2003. Here are his drawings which I believe are very common to targeted individuals.
Electro-Neuro Mind Control Via Satellite 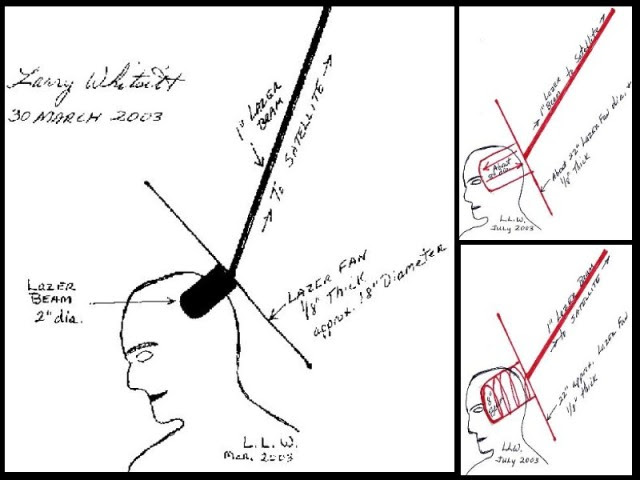 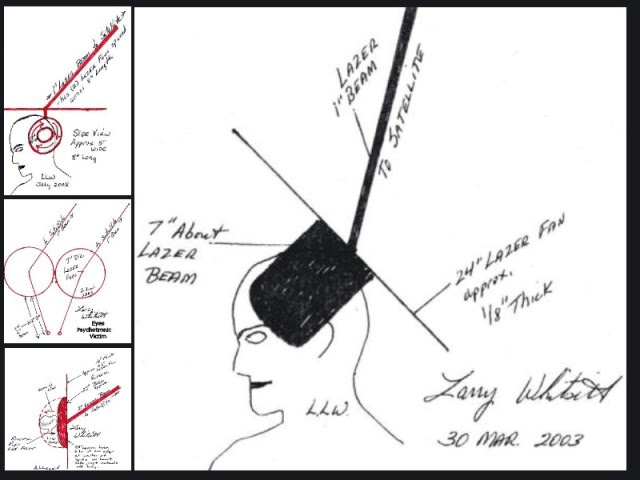 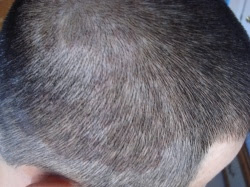 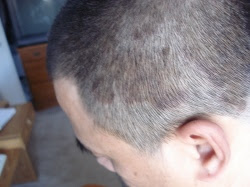 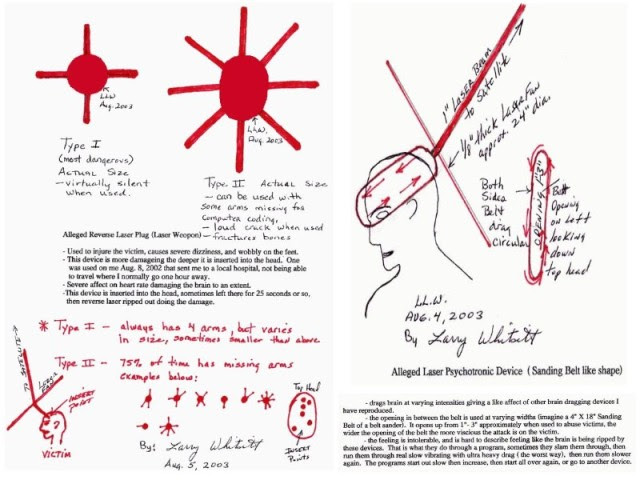 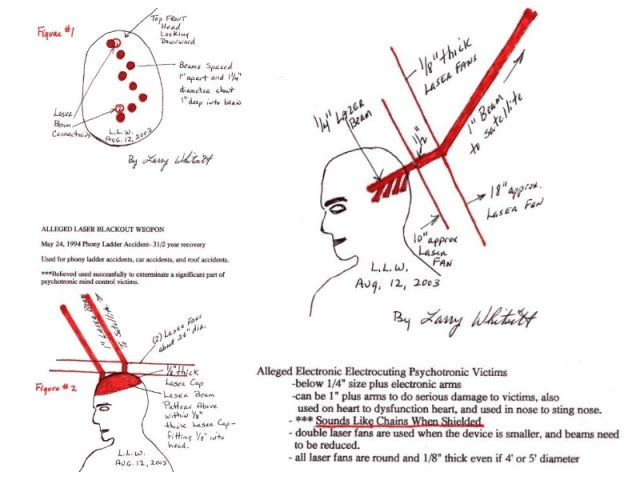 DEW targets other body parts, (in this clip, arm, hand)
In this clip, Darrim Daoud A.K.A. Winston Smith showed his facial burn received from directed energy weapons that also deprived him of sleeps. He died on November 15, 2009 at the aged 34.
Source: Pictures Drawn by Larry Whitsitt, TI Raven1.net 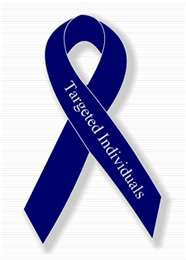 Source: Whitsitt’s drawings of DEW attacks
at 12:00 AM