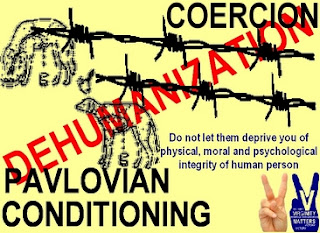 At the core of evil is the process of dehumanization by which certain other people or collectives of them, are depicted as less than human, as non comparable in humanity or personal dignity to those who do the labeling. Prejudice employs negative stereotypes in images or verbally abusive terms to demean and degrade the objects of its narrow view of superiority over these allegedly inferior persons. Discrimination involves the actions taken against those others based on the beliefs and emotions generated by prejudiced perspectives. Dehumanization is one of the central processes in the transformation of ordinary, normal people into indifferent or even wanton perpetrators of evil. Dehumanization is like a “cortical cataract” that clouds one’s thinking and fosters the perception that other people are less than human. It makes some people come to see those others as enemies deserving of torment, torture, and even annihilation (Philip G. Zimbardo: Dehumanization).
Dehumanization is to make somebody less human by taking away his or her individuality, the creative and interesting aspects of his or her personality, or his or her compassion and sensitivity towards others.[citation needed] Dehumanization may be directed by an organization (such as a state) or may be the composite of individual sentiments and actions, as with some types of de facto racism. State-organized dehumanization has been directed against perceived racial or ethnic groups, nationalities (or "foreigners" in general), religious groups, genders, minorities of various sexual orientations (e.g., homosexuals), disabled people as a class, economic (e.g., the homeless) and social classes, and many other groups (Wikipedia).
Nonpersonis a citizen or a member of a group who lacks, loses, or is forcibly denied social or legal status, especially basic human rights, or who effectively ceases to have a record of their existence within a society (damnatio memoriae), from a point of view of traceability, documentation, or existence. The term also refers to people whose death is unverifiable and about which inquiries result in a "blank wall" of "nobody knows" (Wikipedia).
Life unworthy of life - The phrase "life unworthy of life" (in German: "Lebensunwertes Leben") was a Nazi designation for the segments of populace that, according to the racial policy of the Third Reich, had no right to live and thus were to be euthanized. This concept formed an important component of the ideology of Nazism and eventually helped lead to the Holocaust. The expression first occurs in the title of a 1920 book, Die Freigabe der Vernichtung Lebensunwerten Lebens, (Allowing the Destruction of Life Unworthy of Life) by Karl Binding and Alfred Hoche (Wikipedia). 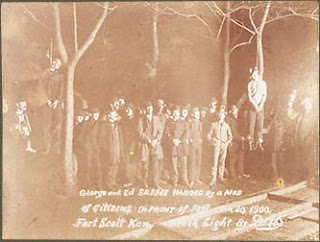 Psychology of Dehumanization - Psychologically, it is necessary to categorize one's enemy as sub-human in order to legitimize increased violence or justify the violation of basic human rights. Moral exclusion reduces restraints against harming or exploiting certain groups of people. In severe cases, dehumanization makes the violation of generally accepted norms of behavior regarding one's fellow man seem reasonable, or even necessary. It is thought that the psychological process of dehumanization might be mitigated or reversed through humanization efforts, the development of empathy, the establishment of personal relationships between conflicting parties, and the pursuit of common goals (Dehumanization).
Animal Metaphor - The image of the rat was used both by Nazis in their dehumanization of Jews, making it easier for neighbour to turn on neighbour during the Holocaust. In April 2008, it was revealed that the Pentagon, with the complicity of the major American news agencies, had co-ordinated the use of military analysts in US coverage of the wars in Afghanistan and Iraq in order to drum up support for the military operations. The American media has been roundly criticized since for allowing military officials too large a place in shaping the media's approach to its reporting on the war on terror and related elements. Steuter agrees that militaries – American and Canadian – have played a large role in pushing the animal metaphor. "I think there's a sort of masculinity and intensity and power in the military language and I think the media is sometimes quick to adopt it to take on some of the power and authority for themselves." But she is quick to add that chalking up how the war is framed only to military officials is scratching the surface. "The very notion of the war on terror was developed with consultants to make sure it brought forward the right kind of responses that suited the American political agenda and even now in Canada, the Canadian political agenda." (They’re Animals! Dehumanization, media and the War on Terror). 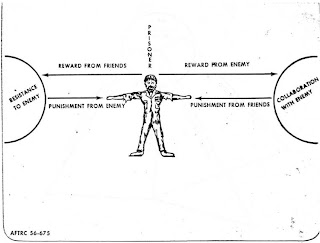 Empathy - Hajo Meyer says that people are born with empathy and they must learn to dehumanize others. When a people have been dehumanized themselves, as were the Jewish people in Europe during the reign of the Nazis, it becomes easier to dehumanize others. Large parts of the Israeli population now lacking empathy, due to their Zionist indoctrination from the earliest ages over the last 60 years, may lead to the end of Zionism as the country is destabilized from within by its own increasing aggressiveness, Hajo Meyer speculates ("Never Again for Anyone" Tour with Auschwitz Survivor Hajo Meyer & Islamic Scholar Hatem Bazian: photos & audio). 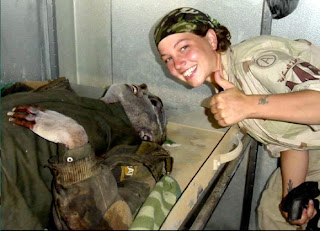