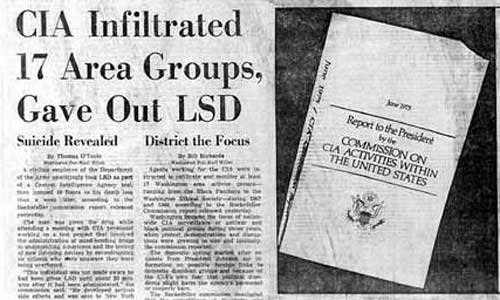 Ten years have passed since unethical radiation experiments were publicly revealed in 1990s front page news and the Office for Human Subject Research, OHRP, recently confirmed that there have been no changes in federal regulations on human subjects of classified research since then. In 1995 the Advisory Committee on Human Radiation Experiments, (ACHRE) reported that the federal government was “blameworthy for not having had policies and practices in place to protect the rights and interests of human subjects” in several thousand experiments. President Clinton adopted one of the ACHRE recommendations in a 1997 presidential memorandum requesting that federal agencies modify their policy governing classified research. A 1998 Department of Health and Human Services (DHHS) proposed rule on the Clinton memorandum has stalled and secret unethical experimentation could happen again.
This is the second time a major scandal involving human experiments for national security purposes has occurred. Past military and CIA experiments with toxic chemicals and for behavior modification were headline news in the 1970s. Congressional hearings uncovered illegal and extensive government programs including the CIA’s now infamous MKULTRA mind control experiments. As a result, a series of presidential executive orders were implemented.
President Reagan’s 1981 executive order, E.O. 12333, is the only current law governing classified experiments by intelligence agencies. Legal experts say it is unenforceable for several reasons, one being that a provision of the executive order states, “Nothing contained herein or in any procedures promulgated hereunder is intended to confer any substantive or procedural right or privilege on any person or organization.”
Federal regulations are ineffective – Adopted by 17 federal agencies, the current regulations on experiments are called “The Common Rule”. The rules cover both classified and unclassified experiments and include the cornerstone of human experimentation law, informed consent of the research subject. But experts agree the regulations lack any mechanisms for how classified research can be reviewed and conducted with informed consent.
Efforts to adopt a regulation on classified research have failed. A new draft regulation has been circulated but it’s current status could not be confirmed. Some experts say US national security policy on weapons development is the main reason for the lack of effective protections for human subjects of classified experiments.
9-11 secrecy law increases risk of unethical experiments – “It borders on the scandalous that we still don’t have rules in place that would at least begin to protect the people who are in those trials,” warned Jonathan D. Moreno in a 2002 news account. Dr. Moreno, a University of Virginia ethicist reported that President Bush had given the Secretary of Health and Human Services [HHS] the authority to classify information as secret. Moreno said “that could allow the Defense Department or CIA to undertake secret human experiments with the HHS.”
Dr. Andrew Goliszek, author of the 2003 book, “History of Secret Programs, Medical Research, and Human Experimentation” warned, “While there is much debate, there are no clear guidelines or legislation that would prevent the government from conducting secret research in order to stay one step ahead of terrorists who would use bio weapons against us.”
Proposed legislation fails – Fred Allingham is executive director of the National Association of Radiation Survivors, NARS, a network of 11,000 radiation survivors. Allingham recently described NARS legislative work. “Five to eight years ago, our members brought a proposed Nuclear Ethics Law to their local congresspeople (over 200) asking them to sponsor such a piece of legislation in order to make it not only a civil wrong but a criminal wrong, to expose people to radiation deliberately for experimental purposes… Not one congressman touched it. We … decided we are going to try again.”
Former Senator Glenn of Ohio described his 1997 bill as “the nation’s first criminal sanctions for medical researchers who fail to obtain consent from people participating in experiments.” The bill did not pass. Congressman Diane Degette of Colorado will reintroduce her 2002 bill on experimentation very soon, her office reported last week.
No national statute on protections for human subjects of classified experimentation that would help to prevent national security experiments like the radiation or mind control experiments has passed.
Lack of justice in the courts – Lawyers of radiation and mind control experiments litigation describe a nightmare of legal hurdles. Courts give great deference to national security and the government is immune to many types of lawsuits. While the government admitted to wrongdoing, not one government official or researcher involved in mind control or radiation experiments has been punished.
A 1994 US News account reported few victims of the drug and behavior control experiments were told what was done to them and most were never compensated. Radiation victims report a similar tragedy. A huge number are not eligible for the available legislative compensation because of extremely demanding requirements.
No change in sight – Commenting on the total lack of legal protections, law professor Alan Scheflin stated, “The message to scientists and governments around the world is that you can get away with unlawful experiments on unwitting victims with impunity.” New classified weapons comparable to the atomic bomb have actually been in development for a long time and classified, unethical human experiments are inevitable, without major changes.
Coping with the Weapons of Tomorrow, a 2003 International Committee of the Red Cross (ICRC) conference featured a discussion of concerns about new nonlethal weapons using electromagnetic energy. A disarmament expert read from the 1975 Geneva protocol treaty debates about the then-future weapons including, “…geophysical, ecological, electronic and radiological warfare as well as devices generating radiation, microwaves, infrasonic waves, light flashes and laser beams”.
According to Dr. Colin Ross, author of Project Bluebird, on CIA experiments, new nonlethal weapons “are beamed at individuals in order to control them.” Dr. Ross predicted, “It is implausible that there hasn’t been some clandestine experiments of nonlethal weapons on individuals today.”
Source: “Protections for human subjects of classified experiments still lacking" by Cheryl Welsh Mind Justice November 2003 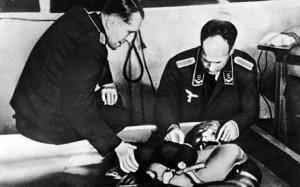 RELATED READINGS:
Source: Classified Experiments on Humans
at 12:00 AM