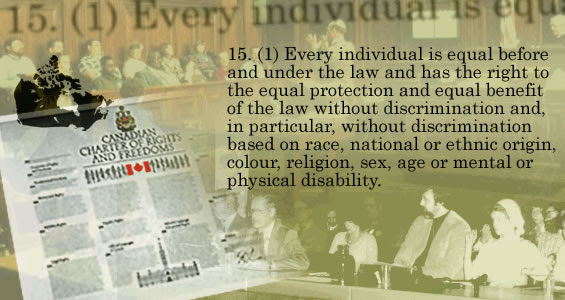 There are currently four key mechanism in Canada to protect human rights: The Canadian Charter of Rights and Freedom, The Canadian Human Rights Act, The Canadian Human Rights Commission and Provincial Human Rights Laws and Legislations.
The issue of human rights in Canada has not attracted significant controversy relative to human rights issues in other countries. Most Canadians believe the country to be a strong proponent and positive model of human rights for the rest of the world. For example, in 2005, Canada became the fourth country in the world to legalize same-sex marriage nationwide with the enactment of the Civil Marriage Act.
Canada does have to deal with some issues of human rights abuses that have attracted condemnation from international bodies, such as the United Nations. For example, some provinces still allow the use of religiously segregated schools. The treatment of Canada’s First Nations people or Aboriginal Canadians and the disabled also continues to attract criticism. For a copy of the Canadian Human Rights Act, CLICK HERE
Since signing of the Universal Declaration of Human Rights in 1948, the Canadian government has attempted to make universal human rights a part of the Canadian law.
The Canadian Charter of Rights and Freedoms is part of Canadian Constitution and protects its citizens from human rights violations. The Acts sets out the values that Canadians live by and describes the kinds of personal human rights and freedoms citizens can expect in this country, this include:
In the province of Ontario, human rights are protected Through The Ontario Human Rights Code. It is a provincial law that gives all citizens of the province equal rights and opportunities without discrimination in specific areas such as jobs, housing and services. The code’s goal is to prevent discrimination and harassment because of race, colour, sex, sexual orientation, Disability and age, to name some of the sixteen grounds. 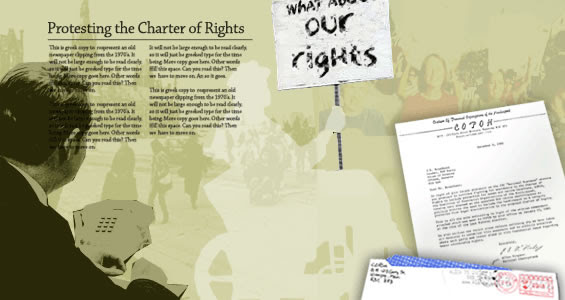 The code was one of the first laws of its kind in Canada. Before 1962, various laws dealt with different kinds of discrimination. The code brought them together into one law and added some new protections. The code is administered and enforced by the Ontario Human Rights Commission. However, an independent body separate from the commission, called a board of inquiry, makes the ultimate decision in a complaint.
The Code is divided into an introductory section, or “preamble”, followed by five parts. Part 1 sets out basic rights and responsibilities. Part II explains how the code is interpreted and applied. Part III explains the role and structure of the commission and Part IV explains how the code is enforced. Finally, Part V deals with general matters such as the power to make regulations. The Code does not apply to federally regulated activities. They are subject to the Canadian Human Rights Act (Wikepedia).
Related Article: Building a Just Society: A Retrospective of Canadian Rights and Freedoms
at 12:00 AM