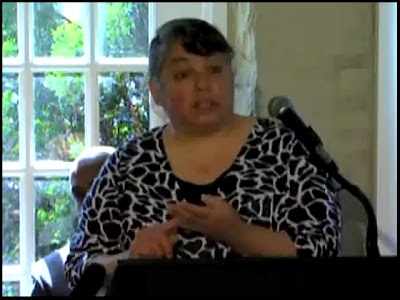 ultra frequency radio waves - "...They know what you do inside your house. You are being monitored 24 hours a day, seven days a week." ...at the State Capitol last summer, Mary Ann Stratton rallied with dozens of other Californians who say it's happening to them through ultra frequency radio waves. "The pain was unbelievable, enough to make you pass out. If you've ever broken a bone, you know what that type of pain is." ...After our interview, Stratton said the government made her throat swell so she would have trouble talking to us..." (Do You Believe in Government Mind Control?)
an uphill battle - "...How can you expect people to get worked up over this if they don't care about eavesdropping or eminent domain?" one man challenges after stopping to flip through the literature. Mary Ann Stratton, who is manning the table, merely shrugs and smiles sadly. There is no answer: Everyone at the rally acknowledges it is an uphill battle. In general, the outlook for TIs is not good; many lose their jobs, houses and family. Depression is common. But for many at the rally, experiencing the community of mind-control victims seems to help. One TI, a man who had been a rescue swimmer in the Coast Guard before voices in his head sent him on a downward spiral, expressed the solace he found among fellow TIs in a long e-mail to another TI: "I think that the only people that can help are people going through the same thing. Everyone else will not believe you, or they are possibly involved." In the end, though, nothing could help him enough. In August 2006, he would commit suicide..." (Mind Games) 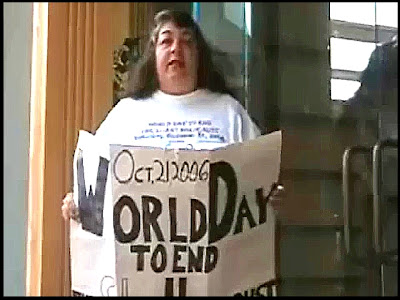 Stratton is an activist and a targeted individual since 1995 from California. Her activism is motivated by her children, she doesn't want her children to experience the targeting (talkshoe). 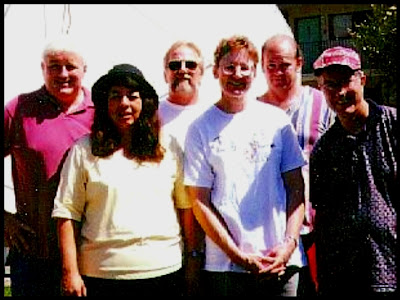