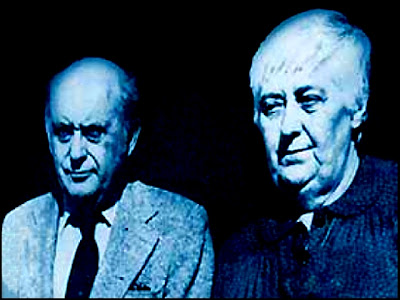 horrifying involuntary experimentation - Canadian Member of Parliament David van Orlikow essentially blew the lid off a horrifying involuntary experimentation atrocity initiated by the U.S. government, with participation by the Government of Canada, resulting in the Church Committee hearings in the early 1970s. This program was MKULTRA, and involved 149 sub-projects covering far more than the popularized "LSD trips". David's wife Velma fell into the clutches of arch-criminal psychiatrist "Dr." Ewen Cameron, who severely damaged Velma's life at McGill University. The Orlikow's revelations resulted in a successful law suit against the CIA on behalf of many victims of these Nazi-like atrocities. Gradually, a few of the victims are being compensated, an another major step towards exposing current-day organized stalking and electronic harassment, essentially "MKULTRA in the home," was accomplished largely thanks to the van Orlikow's efforts (Eleanor White's Hall of Heroes).
national security - "...Faced with further damaging admissions, the CIA response was to suppress the additional documentation of the apologies by asserting that disclosure would damage U.S. national security, and to fight disclosure of Canadian documents through diplomatic channels. The few sanitized U.S. State Department documents we obtained in discovery and those of the Canadian Government that David Orlikow helped us secure through the Canadian Access to Information Act confirmed that from 1977 to 1979 there had been a series of discussions between Canada and the United States in which the apologies were made.36 It was also increasingly clear that the unnamed U.S. representatives in Ottawa who had apologized included the CIA Chiefs of Station at our Embassy there. This made the apologies even more valuable coming as they did from the CIA itself..." (Anatomy of a Public Interest Case Against the CIA)
failure to secure consent - "...In our case, a detailed articulation of the duties and responsibilities of those involved in conducting human subject experiments, which was of tremendous public relations value over the course of the suit, was handed to us on a silver platter in the form of the Nuremburg Code. The Nazis' notorious medical experimentation had not only led to the execution of German experimenters after the War Crime Trials at Nuremburg, but resulted in a comprehensive articulation of ethical standards for medical experimentation. These standards explained in great detail the requirements that medical researchers take appropriate measures to protect the health and well-being of their patients who volunteer to undergo experimental procedures. Most importantly, the Nuremburg Code required that the "informed consent" of the patient must be obtained before any experimentation.7 This was our key legal standard for negligence in the failure to secure consent...The unambiguous standards for medical experimentation formalized at Nuremburg nearly a decade before the CIA subsidies to Cameron specifically required that "informed consent" be obtained from subjects in medical experimentation. Val and David Orlikow swore that they had never consented to any experimentation at the Allan Memorial Institute and, indeed, the Institute's medical records contained only a telegram from David authorizing Val's admission "for treatment." The documentary evidence from the CIA contained no mention whatsoever of using volunteers, and it was clear from the application Cameron had submitted that experimental subjects would be drawn from the patient population of the Allan Memorial Institute. Finally, the use of non-volunteers was the modus operandi of the MKULTRA program and its two chief operatives, Gottlieb and Lashbrook; this practice was strongly criticized by two CIA Inspectors General during the late 1950s and early 1960s.14 This strong circumstantial evidencecorroborated the Orlikows' story, strengthened this third aspect of the CIA's negligence in funding the experiments in Montreal..." (One Of The Few Successful Lawsuits Against The U.S. Central Intelligence Agency For Crimes It Committed Under Project MKULTRA - Orlikow VS CIA)
David Orlikow (April 20, 1918 – January 19, 1998) was a Canadian politician, and a long-serving member of the Canadian House of Commons. He represented the riding of Winnipeg North from 1962 to 1988 as a member of the New Democratic Party. During the 1950s, Velma Orlikow was a patient at the Allan Memorial Institute in Montreal at a time when the American Central Intelligence Agency was conducting its notorious MK-ULTRA brainwashing experiments at the facility. She was unwittingly dosed with LSD and was exposed to brainwashing tapes. Along with eight other former patients, she later sued the CIA for mistreatment and won. Early in 1979, Orlikow called office of lawyers Joseph Rauh and Jim Turner after reading New York Times story concerning CIA involvement in Ewan Cameron’s research. The Tuesday, August 2, 1977 story, written by Nicholas Horrock, was entitied "Private Institutions Used In CIA Effort To Control Behavior." Horrock’s article referred to the work of John Marks whose documentation of CIA activities, obtained under the Freedom of Information Act, was used in what was to be referred to as the Orlikow, et al. v. United States case.[6] The other plaintiffs eventually included Jean-Charles Page, Robert Logie, Rita Zimmerman, Louis Weinstein, Janine Huard, Lyvia Stadler, Mary Morrow, and Mrs. Florence Langleben. The CIA settled in 1988. Velma died in 1990. Near the end of his life, David Orlikow encouraged NDP MPs such as Svend Robinson to seek government compensation for the Allan Institute's victims, and for their families (Wikepedia).