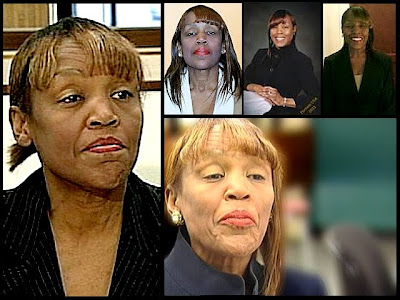 intercepted illegally - "I always take my batteries out because I'm tracked on my phone," said Marshall. She claims she is the victim of phone taps after she was placed on "a list" that's run by corrupt government officials. Since 2003, Marshall has filed numerous lawsuits against the city of Louisville and other public officials, including judges, attorneys and police officers for failing to provide her with help. "Anything I send out of state just like my phone calls, my mail, things like that. They get intercepted illegally," she said. "Once you get on this so-called list, then they start intercepting mail." One of her lawsuits claims her DVD player was intercepted and that she was harassed by police officers. The suit later claims a telephone call made her head hurt. Another lawsuit seeks $40 million in damages from government officials who failed to offer assistance..." (Mayoral candidate: Connie Marshall)
microwaving, intrasound, via satellites - "...She's filed several lawsuits charging a widespread government cover-up, and that's one of the reasons she contends she's been assaulted 150 times. "I have been assaulted on a regular basis through electromagnetic technology," she said. "That includes microwaving, intrasound, via satellites." One lawsuit was filed against Louisville Gas & Electric, charging the utility with torturing and tormenting her by turning lights and other electrical appliances off and on. "I've had four or five TVs destroyed, seven telephones or more, computers, fax machine, all those things destroyed," she said. Marshall claimed an electric current coming through the phone caused her to have a paralyzed feeling. The LG&E suit was dismissed with prejudice as frivolous. Marshall also sued the U.S. attorney, the governor, the sheriff and the police chief claiming government waste and fraud, racism, physical and mental assault, and illegal incarceration. Earlier this month, Marshall sued federal judges. That suit accuses them of participating in and or willfully allowing gang stalking. She wants the judges impeached, incarcerated, and is seeking $20 million in damages. Marshall said the government is also conspiring to break up families. "My grandchildren were taken illegally by the state for federal funding and also abused in state care, beaten and illegally placed for adoption," she said. She contends that, and the fact she was the victim of a hate crime, are motives behind the electronic attacks and illegal surveillance. "I find my fight with the entire commonwealth of Kentucky, because of the complaints I filed against them, which are legitimate complaints..." (Mayoral Candidate Alleges Surveillance, Assault (Video))
electronic surveillance and harassment - "...Since announcing her intentions to run, Marshall remains a rather unusual political candidate in the mayoral race. During many news conferences and interviews, for instance, she has told the press that she’s fearful for her life, has been harassed by the government and been a victim of electronic attacks due to a lawsuit she filed against a previous employer. And a quick Internet search reveals that she’s filed several lawsuits against government agencies and personnel at the state and federal level. A few months ago, she sent documentation to LEO Weekly’s offices, including a letter to the Kentucky Democratic Party and Secretary of State Trey Grayson — which she also mailed to U.S. Attorney General Eric Holder and President Obama — complaining about a lack of news coverage about her campaign and a massive cover-up, claiming Metro Police and the FBI were following her. Initially most local media outlets overlooked the west Louisville resident’s candidacy, in part because the long-shot candidate was admittedly too paranoid to talk on her cell phone for more than a few minutes. Whatever the rationale, the local press knows little about her background. For at least four years, the west Louisville resident, who says she is a businesswoman in real estate, has voiced allegations of electronic surveillance and harassment during the period at the start of Metro Council meetings in which the public is invited to speak. She usually talks about government eavesdropping, being monitored and other conspiracy theories..." (Marshall receives (bizarre) endorsement)
Connie Marshall is a community activist, 2010 Louiville (Kentucky) Mayoral candidate, businesswoman and a targeted individual of organized stalking and electronic harassment. In her web-site, Justice for All Citizens, she documented her ordeal and encouraged everyone to be aware and support victims of this crimes. Also, Marshall recently spoke at the Presidential Commission on Bioethics Committe together with several targeted individuals who are seeking justice and stop of this human rights violations.