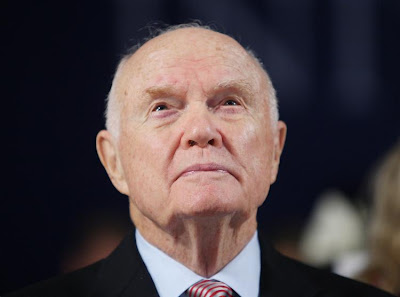 informed consent - "...You can imagine your spouse, husband, wife, father, mother, children, being experimented on without your knowledge or their knowledge. That is unconscionable, and we should not permit that. This legislation will close many of the loopholes that permit that to happen now. As the legislative process moves ahead, it is certain that the bill will undergo scrutiny and amendments. But I think the outcome, if this legislation is enacted into law, will be improved protections for all Americans. Madam President, obviously, I welcome any cosponsors on this legislation. I will be sending out a `dear colleague' letter to all the offices, and I hope we get a good response to that. I think there are very few Senators who will not back this when they hear what can happen then to them, their families, and their constituents back home, if we do not pass something like this. I think this is many years overdue. I don't want to scare people to death with this, because I think most of the research in this country is conducted in a way that is good and is with informed consent--in most cases. But just the few examples that I have mentioned here today, as well as the articles in the Cleveland Plain Dealer and New York Times I quoted from, indicate there is still a very major problem in this area and one that we want to close the gaps on so that no American is subjected to experiments like this, unless they know exactly what is going on and have given informed consent." (Sen. John Glenn Introduction Statements on Senate Bill 193 - The Human Research Subject Protection Act - January 22, 1997)
human aging - "I had served on a Senate Special Committee on Aging and had seen some parallels between the human aging process and some of the symptoms that occurs with astronauts who spend a significant amount of time in the zero gravity of space. In fact, NASA has found 52 different things that happen to the human body during space travel, and many of these same conditions occur as people age. A good example is osteoporosis. I met with NASA to talk about the idea of studying these two related areas by sending an older person into space and thought that I would be a good candidate for this based on my experience. This research would not only help astronauts be able to take longer space flights but would help with some of the frailties that we have in old age. I was able to pass the physical requirements that NASA required and was selected as a payload specialist aboard Discovery. The research consisted of a series of medical tests that were carried out on myself and other astronauts before, during and after the flight. The results of my tests were then compared to the other astronauts on that and other flights. The tests ranged on everything from muscle degradation to sleep research, in fact, at one point there were 21 different leads coming off my body monitoring everything from my heart rate to my brain wave activity. Everyone on the Space Shuttle had various tasks and experiments that they were assigned to complete. The sleep study I mentioned earlier was only one of several experiments that I was involved with during the mission. I conducted several others that took advantage of the zero gravity conditions to look at new technologies for blood replacement and treatments for cancer and diabetes. We had 83 different experiments that were being conducted during the STS-95 mission and this included plant growth, protein crystal production and we also launched a spacecraft that measured the corona of the sun and solar winds..." (Interview with Senator John Glenn, Astronaut & US Senator)
opposed by the pharmaceutical industry - "...At the beginning of the 105th Congress, Senator Glenn introduced a bill "to provide protections to individuals who are the human subject of research". It was assigned the identifier S.193, by which we will henceforth refer to this bill. S.193 was specifically designed to deal with all human research including even that which is classified, and requires that the human subject of classified research be given the identity of the Federal Agency providing the funding, a statement that the research contains classified information, and an unclassified description of the purpose of the research. With that, Senator Glenn left for Houston, Texas to resume his career as an astronaut at age 76 while continuing to collect his salary as a Senator. What we know for certain is this: Glenn abandoned the Senate and his legislation a few months after introducing it, that the bill was never reported out of the subcommittee to which it was referred, that the bill was opposed by the pharmaceutical industry, and that without Glenn's muscle behind it we lost our best chance ever to stop Nazi-style human experiments in the United States of America and by its proxies around the world..." (1997 Senator John Glenn / Human Research Subject Protections Act of 1997) 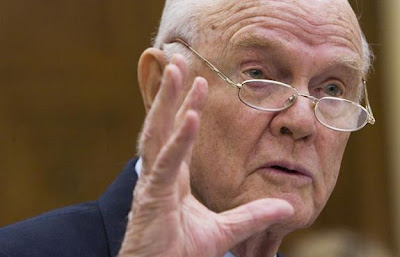 John Herschel Glenn, Jr. (born July 18, 1921) is a former United States Marine Corps pilot, astronaut and United States senator who was the first American to orbit the Earth and third American in space. Glenn was a Marine Corps fighter pilot before joining NASA's Mercury program as a member of NASA's original astronaut group. He orbited the Earth in Friendship 7 in 1962. After retiring from NASA, he entered politics as a Democrat and represented Ohio in the United States Senate from 1974 to 1999. Glenn received a Congressional Space Medal of Honor in 1978. He was inducted into the Astronaut Hall of Fame in 1990. On October 29, 1998, he became the oldest person to fly in space, and the only one to fly in both the Mercury and Space Shuttle programs, when at age 77, he flew on Discovery (STS-95). Glenn and M. Scott Carpenter are the last surviving members of the Mercury Seven (Wikepedia).