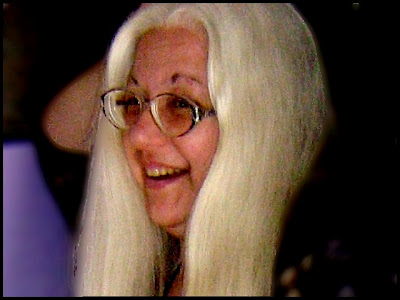 optical delusion - "...With the advent of the "scientific method" it appeared, for awhile, that the approach to ontology and epistemology of the Greeks had proven to be the correct one and the approach of the Jews to knowledge and being receded and was temporarily eclipsed. This optical delusion [sic] was exacerbated in the minds of secular scientists by the wholly irrational, bizarre and dark mysticism of the Christians, which was often attributed to the Jews as well because Christianity, possessing no validity on its own, was compelled to refer obsessively to Judaism in its vain attempt to reassure itself that it stood on some basis other than pagan debauchery, human sacrifice and drug-induced hallucination..." (The Jews vs. The Greeks)
your own words - "I wrote this to one of the many someone's I've encountered who don't seem to perceive the problem with perceiving and expressing truth by quoting a charactoon from a movie. One of the most powerful tools of controlling ones' consciousness is language. *Always* express yourself in your own words. That is not to say that quotes do not help us understand things - even quotes of things we hear in the media. But reformulate the idea *in your own words* always unless you are quoting a real person. In which case, put the quote in quotation marks to remind yourself this is a quote, someone else's thoughts, not yours, and attribute it to the person who said it both to honor him or her and to maintain the integrity of your own identity." (Either you will will be the Master of your mind, or someone else will)
armageddon spectacular - "...It has been around 60 years since the Dead Sea Scrolls were uncovered, and they continue to generate enormous controversy regarding their authors and meaning...I own a complete Concordance of all of the known non-Biblical Dead Sea texts. Emmanu'el Tov produced it a few years ago when he was sure that he was in possession of all of the materials. There is no mention of any such stone. I have never heard any mention of any such stone tablets, neither has Dani'el. More importantly, Emmanu'el Tov is the world's expert on the scrolls. The fact that his name is not even mentioned in the article is suspect. The 2012 Brigade are hard at work staging the Disney-Pomo World Productions Armageddon Spectacular. I've heard a few oblique references to the Dead Sea Scrolls in relation to the NWO, nothing that put up an immediate red flag. It was only reasonable to assume that so powerful an instrument is going to be manipulated. It was just a matter of time. My suspicion is that the next Dead Sea Scroll to be mentioned in the news will be the War Scroll. The will present it as a justification and preparation for Armaggedon. This is a time of need for great balance and restraint. We all want a better world. HaShem has infinite ways at It's disposal for bringing that about. There need not be Armageddon..." (The New World Order vs. The Dead Sea Sect)
In her own words - "I am a nice Orthodox Jewish lady who lives in Tzfat, Yisra'el. I have always been very deeply committed to the Jewish People and to the Jewish religion, yet Orthodoxy as we know it has always seemed inauthentic to me...I study linguistic anomalies in the Dead Sea Scrolls. The (always tentative) conclusions that I have drawn about HaYachad (the Dead Sect) are innovative and controversial. That study is related to my research into Hebrew Alphanumerics. Hebrew Alphanumerics can answer a lot of the perplexing questions that entertain the minds of physicists who encounter the "quantim level of reality" as its called. I hope to demonstrate how that is. I'm interested in psephology and think that the adoption of CPO-STV would be a helpful interim measure that will lead the citizens of quasi- and ersatz "democracies" (i.e., plutocracies that employ the mob the enforce conformity) to the next level of freedom and responsibility. However, I am extremely doubtful that any government would cooperate in adopting measures that would ameliorate Everyman's situation by limiting its own power. It is doubtful, then, that revisions of the electoral system can be accomplished by legislation. I am an Anarchist in the tradition of Peter Kropotkin, Gustav Landauer and Emma Goldman, of blessed memory. I am an Anarcho-Communalist. Or, at least that's as close to what my take on Anarchy may be described as. While not opposed to Anarcho-Syndicalism and believing that those modes of interaction and mutual aid should exist parallel to the existence of the government, relying more and more on the former, so long as government exists; I see it as an interim measure. Eventually, Anarcho-Syndicalist association will supplant our current socio-economic structures. But those, in turn, must be supplanted by Anarcho-Communism as we are more than workers and Anarcho-Syndicalism, in addition to retaining aspects of Capitalism, sees the Human Being primarily as a worker. I am a proponent of responsible and committment-based Polyamory and try to demonstrate how that can be integrated into a Jewish lifestyle. Moral correctitude is of paramount importance to me and I write on that topic a good deal. I live in the historic town of Tzfat (Safed as it was known in the foreign press during the recent war with Lebanon), in the north of Israel with my righteous husband and Teacher, Dani'el. We have two surprisingly humanoid grown children of whom we are very proud. Our daughter gave birth to a fine baby boy in April, 2007 and we have Grandthing No. 2 on the way...Oh, and I neglected to mention that I am Queen of the Laputans Manque." (About Doreen Ellen Bell-Dotan)