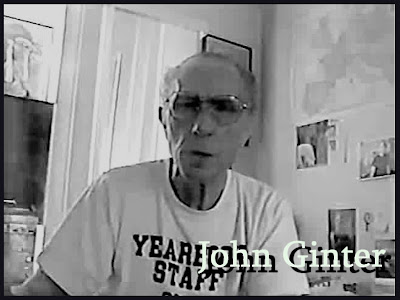 Pavlovian conditioning with negative psychological stimulus "...Using midn control technology, the experimentors knew what I was thinking and feeling. I filed a court case in 1968 stating, "(A) brain device at San Quentin is being used upon (me) to alter or destroy (my) brain" and "the machine emitteed electro-magnetic waves which stimulated petitioner's brain." I think the goal of the behavior experiments performed on us was to develop the computer-brain technology for political purposes and as an intelligence tool. Using Pavlovian conditioning with negative psychological stimulus, maniputators can change your behavior. For example, they verbally attacked my conservative political views all day long for days on end. They would praise all of the persons around me such as the world-famous leader of the Soledad Brothers, George Jacson, who was in a nearby cell. As in brainwashing, they tried to change my values..." - John Ginter (READ MORE)
M.I.N.D. Device or Magnetic Integrated Neuron Duplicator "...John Akwei, a victim but not a prisoner, has filed a court case that described alleged "remote neural monitoring and electronic brain link technology" (Washington, DC. Civil Action No 92-0449). The theory behind mind control technology is that the brain emits electromagnetic energy like an eeg that can be detected and analyzed. Computers can correlate behavior and speech to the brainwave signals and the mind can be remotely deciphered. This theory also works in reverse. In stimulating or controlling behavior, the brain communicates via electromagnetic signals and certain frequencies create and correspond with specific mood states and behavior. The brain cannot differentiate a foreign signal from it's own. By targeting the subconscious mind with messages as hypnotists do, the technology can remotely target the subconscious and it becomes a very potent mind control weapon. This is a simple explanation of complex technology but with President Bush proclaiming the 1990s the Decade of the Brain, it is well within the realm of reality. One of the best books on this topic is Dr. Becker's The Body Electric: Electromagnetism and The Foundation of Life, 1985. Using mind control technology, the experimenters knew what I was thinking and feeling. I filed a court case in 1968 and it stated, "...a brain device at San Quentin is being used upon him to alter or destroy his brain." and "The machine emitted electromagnetic waves which stimulated petitioners brain." They could communicate directly with my mind. At one point, they kept me awake for twenty-seven days and nights. Dr. Schmidt, the chief psychiatrist of San Quentin later told me that they had used a M.I.N.D. device or magnetic integrated neuron duplicator on me as well as General Erwin Walker. Walker was the target of a missed gunshot by Oswald at the time of the JFK murder. General Walker, like myself was known for his strong political opinions. I think that the goal of the behavior experiments performed on myself and General Walker were to develop the computer-brain technology for political purposes and as an intelligence tool. They used pavlovian conditioning with negative psychological stimulus, and in this way, they can change your behavior. For example, my political views would be degraded all day long for days on end. The court case, Orlikow v U.S. 682 F.Supp77 (D.C.C.1988) describes the Canadian court case of brainwashing and details a history of mind control experimentation by the CIA. In these experiments, which have relevant similarities to my experience, a Grid Room was used. "The subject's brainwaves were beamed to a nearby reception room, voice analyzers..." (Thomas, Journey Into Madness The True Story of Secret CIA Mind Control and Medical Abuse, 1989)..." - Raven1 (READ MORE)
mind control arsenal "...American victim's accounts match Russian accounts: 1. U S District Court Eastern District of CA No Misc. 94-097-WBS John M. Ginter, Plaintiff, v. California Department of Corrections, et al., Defendants. John Ginter, San Quentin prisoner with high school education described in his 1967 court case that Dr. Schmidt, the San Quentin psychiatrist called the equipment used on John, "M.I.N.D. or Magnetic Integrated Neuron Duplicator". 2. Los Angeles Times, 3-28-88 part 2 page 1, "A Fearful Fix Grips Figure in Kickbacks" by Kim Murphy, Rex Niles, an FBI informant in a defense contractors kick back case in Los Angeles, CA. Photo caption stated, "His aluminum foil hat has tiny holes in it, says Rex Niles, proof that the government is bombarding him with microwaves in an attempt to kill him." He had detected microwave signals but was still labeled mentally ill." 3. New York Times Magazine, Aug. 31, 1997, "Atomic Guinea Pigs" by Michael D'Antonio "At the Department of Energy, which oversees America's nuclear-weapons research, these people [radiation experiment victims] were referred to collectively as "the Crazies." But the opening of the cold-war archives has brought the Crazies in from the fringe." The mind control victims in Russia and the U.S. are both labeled mentally ill...Victims have two strong arguments for demanding an investigation into their allegations. If the Russians have mind control weapons, the U.S. undoubtedly has a mind control arsenal..." - V.N Lopatin and V.D. Tsygankov (READ MORE) 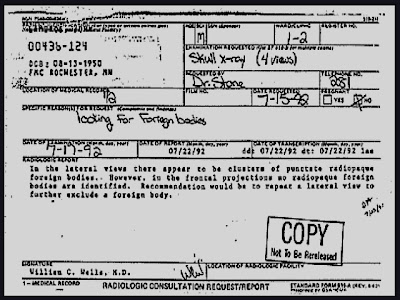 John Ginter died of lung cancer on October 24, 2007. He was 70. He will be greatly missed. John told the hospice worker that he accomplished the two things he wanted to. One was to take care of his German mother. And the other was "to expose the M.I.N.D. (Magnetic Integrated Neuron Duplicator) device." John was an avid reader and a great mind control researcher. He knew so much about alternative press and issues. In his true story below, John wrote about Dr. Schmidt, the chief psychiatrist of San Quentin who told John that they had used aM.I.N.D. device or magnetic integrated neuron duplicator on him in 1967, as well as General Erwin Walker. Walker was the target of a missed gunshot by Oswald at the time of the JFK murder. General Walker, like John was known for his strong political opinions. As a result of John's experience, I named Mind Justice.org after the M.I.N.D. device and have promised John I will continue looking for this machine. - Cheryl Welsh (READ MORE)
Related Reading:
John Ginter Interview Transcript
1966 U.S. space research confirms John Ginter's 1968 description of M.I.N.D. device, or magnetic integrated neuron duplicator
Ex-Con Plans Class Action Suit
Victims’ Stories 1999 – 2005
John Ginter Interview Transcript (Audio)
John Ginter Interview Transcript (Video)
at 12:00 AM