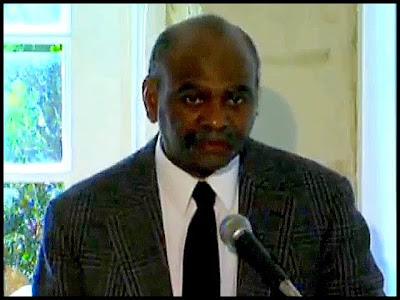 neurological weaponry - “...It was a big relief to find the community,” said Derrick Robinson, 55, a janitor in Cincinnati and president of Freedom from Covert Harassment and Surveillance, a group that claims several hundred regular users of its Web site. “I felt that maybe there were others, but I wasn’t real sure until I did find this community,” Mr. Robinson said. There is no concise survey of mind-control sites or others describing gang stalking — whose users believe that groups of people are following and controlling them, as part of a test of neurological or other kinds of weapons likely conducted by the government — on the Net. But they are easy to find. Some have hundreds of postings, along with links to dozers of similar sties. One, Gangstalkingworld.com, welcomes visitors with this description: “Gang Stalking is a systemic form of control, which seeks to destroy every aspect of a Targeted Individual’s life. The target is followed around and placed under surveillance by Civilian Spies/Snitches 24/7.” The site lists more than 71,000 visitors, and it has links to several other sites, including Harrassment101.com, which has 965 posts. One poster to Gang Stalking World wrote in August: “It’s insane that I daily have to come home and try to figure out if my Web sites will still be up or shut down. This week they have really been playing with me, and so it was my time to play back.” The post directs readers to other gang-stalking sites should their favorite sites be shut down. Mr. Robinson said in an interview that that he has been tortured and abused by gang stalkers and by “neurological weaponry” since leaving the Navy in 1982. “To read the stories and the similarity of the harassment techniques that were going on, to hear about the vandalism, appliance tampering and all the other things were designed to drive a person crazy, who do you go to with this?” he said. “People will say you are delusional.” For Mr. Robinson and several other Web site users interviewed for this article — all of whom insisted they were not delusional, including one man who said he had been hospitalized in psychiatric wards — the sites provide the powerful, unfamiliar experience of being understood by others. “By and large, most people are sane and coherent and can relate exactly what’s happening to them,” Mr. Robinson said. “They can say the things that would otherwise get them labeled as delusional.” His group of self-described “targeted individuals” met offline in Los Angeles last month for their inaugural conference, he said, where they attended a meeting to share stories, including the humiliating experiences of being told they are insane. Mental health experts who have closely looked at the Web sites are careful to say that there is no way to prove if someone posting on, say, Mr. Robinson’s site, Freedomfchs.com, which says its mission is to seek justice for those singled out by “organized stalking and electromagnetic torture,” is suffering from mental illness..." (Sharing their demons on the Web)
domestic terrorism - "...there is increasing pressure on Senate Judiciary Committee Chair, Senator Patrick Leahy for congressional investigation on this form of domestic terrorism. "Not since the late 70's has a serious look been given to the increasing intrusion by the US intelligence agencies into the private lives of American citizens. A congressional hearing and investigation into these covert activities is way overdue," stated Derrick Robinson, head of FFCHS. Engineers, doctors, authors, a psychologist, human rights defenders and others are gathering to speak at the April 16 press conference. Rep. Jim Guest, a Missouri statehouse representative will be speaking. After obtaining so many complaints from victim of this crime, Guest issued a letter to all members of Congress urging an investigation..." (Monarch no-touch torture of US targets press conference)
human experimentation - "Good afternoon and thank you for this opportunity. Good afternoon to the Commission and I thank you for this opportunity to speak to you this afternoon. My name is Derrick Robinson and I’m President of an organization called Freedom from (inaudible) 24:32 Harassment and Surveillance and I represent many of the people that are in this room today, as well as hundreds of those across the U.S., and millions, many thousands across the U.S. who are not in our organization, who are being targeted without their knowledge, as well as those world-wide, millions, thousands, I’m speaking of thousands of people here, in China, who sent me their statement to give to you. I’ve heard a lot this afternoon about IOB’s, about ethics vs., sorry my thoughts aren’t coming together right now. But anyway, but what we want to express to you is that human experimentation by this government is happening today, that there are many thousands of people, whether they’re realizing it or not, are being affected, and that we would like to express to you that this is a situation that needs to be addressed by a task force, by a commission, because we are not hearing, because the government is not hearing from those who are being victimized by the experimentation. What you are speaking about tonight is very relevant in terms of those who are being experimented on, but what about feedback from those who are being experimented on who have no place to go, who need a voice, who are suffering like these people here, who are suffering like those across this country, and there are, what you’re hearing tonight is just a minuscule amount of what I hear on a daily basis. This is a widespread government program that is non-consensual that is affecting many, many thousands and it’s growing daily. And the Commission, I would hope would express to Barrack Obama that non-consensual federally funded human research programs are going on and need to be addressed, and also the victims of those programs need a way to file a complaint, to talk to a Commission, to talk to a task force about what is happening to them." (TRANSCRIPT: Meeting 5, Session 6 Public Comment) 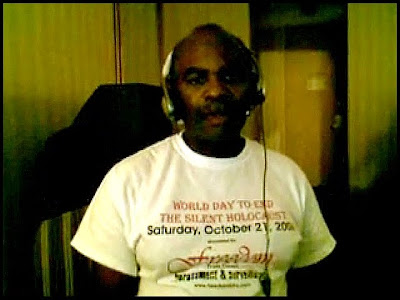 Derrick Robinson is activist, activist, ex-navy officer, and a targeted individual from Cincinnati, He studied at Ohio Wesleyan University and knows Hebrew and Spanish. His targeting started in 1982 after leaving the navy. He seek help and discovered individuals who are experiencing the same via internet Yahoo group. In 2004, the group was led by a woman named Sylvia. She led the group and created the weekly conference call that targeted individuals can call and share information and network. After two months, Sylvia according experience and severe retaliatory attacks from her handler (perpetrators) and eventually disappeared from the group. Sylvia's leadership led Robinson into active activism and advocy and when Sylvia started to miss the conference, he slowly took over the leadership of the group, that is now called FFCHS or Freedom From Covert Harassment and Surveillance. Now the president, FFCHS is an organization for targeted individuals and human rights supporters whose main activities are networking, activism, and advocacy (MORE INFO (audio))
RELATED READING:
Official Web-site: Freedom From Covert Harassments and Surveillance
FB: Derrick Robinson
Billboard By Human Rights Activists Warns of Electronic Harassment
The Progressive Radio News Hour - 11/06/10 (audio)
Tammy Battaglia Interviews Derrick Robinson (audio)
at 12:00 AM